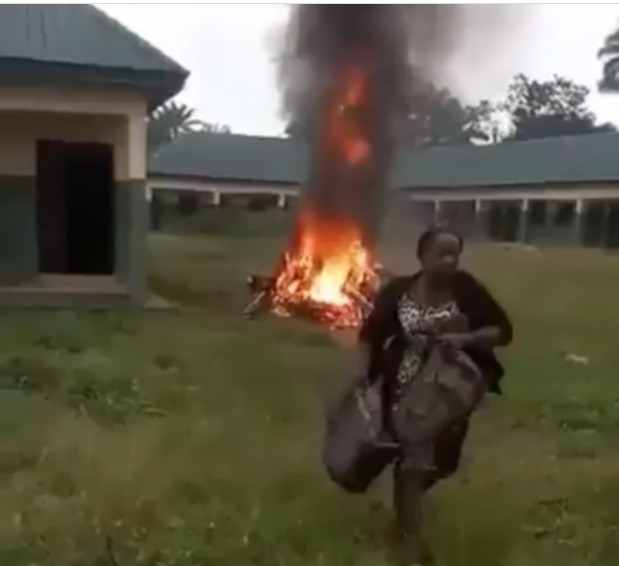 Students writing WAEC at the Comprehensive Secondary School, Nkume in Njaba Local Government Area of Imo, were chased out of their exam hall September 13, the fourth Monday of sit-at-home order IPOB gave weeks ago.

Armed men stormed the school, and vandalized a number of things after disrupting the exam.

Some groups expressed the fear the militants might set the educational programmes of the southeast back with the sit-at-home order.

The command and control unit of the outlawed group said the order was resceindd three weeks ago.

Ut some members of the group are still unleashing terror on the citizens despite the cancellation.

Many of the state governments are also helpless as citizens now comply with the orser every Monday—until the group leader, Nnamdi Kanu regans his freedom.

Kanu has been caged in the DSS detention centre in Abuja since July when the federal government bundled him from Kenya, four years years after he jumped bail during his treason trial.