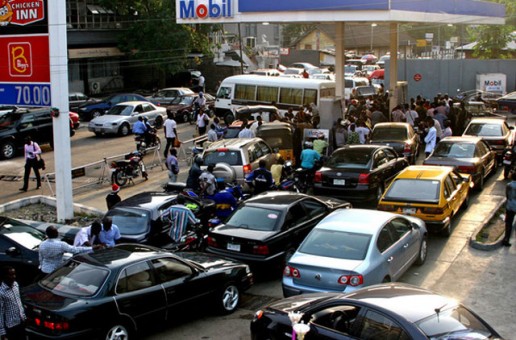 Share this on WhatsApp
By SUNDAY ODIBASHI
The Socialist Party of Nigeria (SPN) expressed its rejection of the Price Modulation policy of the Federal Government which led to the recent reduction of the pump price of petrol from N87 to N86.50 per liter.
The SPN in a statement by Segun Sango, National Chairperson, contended that the reduction of petrol price from N87 to N86.50 per liter is a mere gimmick and intrigue to deceitfully impose the neo-liberal capitalist policy of deregulation of the downstream oil sector on the poor working class.
“The pump price reduction announced by the APC-led FG is just a smokescreen! This 50 kobo reduction is not just too little, in fact, it is an insult to many Nigerians who have been buying fuel at great pains for N120 and above in nearly the past three months,” Sango stated. It was observed that the major motive is to deceive the suffering masses and douse their possible anger and opposition against the age-long plan of the ruling elite to remove the controversial fuel subsidy which its removal was skillfully effected simultaneously with the pronouncement of a slightly reduced pump price regime. The party emphasized that ‘Price modulation’, a euphemism for deregulation, will inevitably, in the long run, ensure that prices of petroleum products go beyond levels affordable by ordinary and poor working class, particularly, when the price of crude oil goes up in the international market.
SPN noted that with the enormity of the economic hardships the working masses are currently going through, the meagre reduction in pump price will bring no significant economic relief to the suffering masses, adding that even if it does for a start, it is not going to last.
The party decried that even at official pump price of petrol at N87 per litre, the product has been selling between N120 and N140 per litre across the country. “This is a manifestation of failure of the combined forces of DPR, DSS, Civil Defence and other security agents to force the filling stations to sell at the official price,” Sango said.  “If the government could prove so feeble to curb the illegality being perpetrated by fuel marketers and filling stations who sell fuel above the then official price of N87 at a period when it officially had some control over the sector, then how efficient can we expect it to be to keep prices of petroleum products at affordable levels in an era of deregulation or price modulation,” he argued.
The party stated that Federal Government’s promise that its newly invented price modulation band will be effective in making sure that no fuel marketers sell above official price is nothing but a fluke, adding that it is not currently working. It argued that “even if the government is sincere with its regulatory mechanism, the caveat that the reduced pump price will be subjected to a review on quarterly basis, leaves room to suspect that the motive behind the whole reduction of the pump price is to trick the working people to accept the removal of subsidy and thereby hand over the sector to fuel importers and marketers who have always subjected Nigerians to chronic agony through artificial fuel scarcity in order to boost their profit.”
It pre-empts that there is high possibility that the so-called reduced pump price will sooner or later be hiked thereby spelling more economic doom on the working class because there will be astronomic increase in the costs of transportation, education, housing, general services and goods.
Share this on WhatsApp