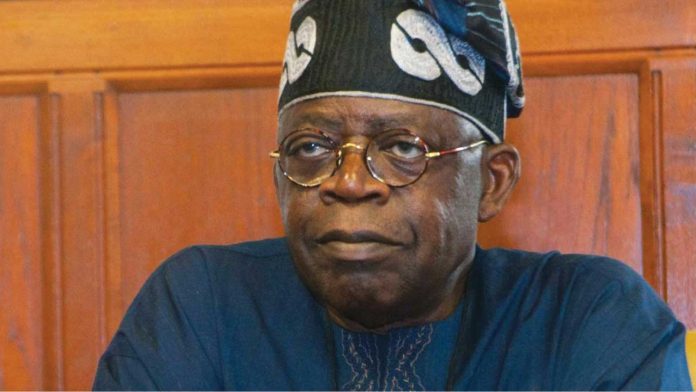 Share this on WhatsApp
Spread the love
Junaid Mohammed, a second republic lawmaker, has asked Bola Tinubu, national leader of the All Progressives Congress (APC) to be careful, saying there may be attempts on his life or to arrest him.
Mohammed, who described Tinubu as the most aggrieved member of the APC, said the elder statesman in in a “difficult situation”.
Speaking during at the weekend, Mohammed said Tinubu was unhappy with the tenure elongation of John Oyegun, national chairman of the APC. “I can assure you that Tinubu is in a very difficult situation – in what can be described as a ‘double bind’,” Mohammed said.
“I also know that he’s not happy with the tenure elongation of the executive of the APC. He had been confronted; he did not agree with and he did not accept the violation of the national constitution and the violation of the APC constitution.
“But I also know that Tinubu is a sitting duck; they can arrest him or attempt to take his life. He has to be very careful because nobody will like to suffer death in the course of doing the right thing.”
Muhammmed said President Muhammadu Buhari was aware that he had offended Tinubu, yet gave him the job of resolving conflicts in the APC.
He asked how Buhari could “ask a man who is most aggrieved to go and reconcile people who are equally aggrieved?”
“But you should also know that the most aggrieved person in the APC government today is no other than Tinubu,” he said.
“One of the biggest slaps he got was the appointment of Fashola as minister. It was Tinubu who built APC, not Buhari or Fashola.
“If Tinubu had not bent over backward to accommodate Buhari’s camp, there would have been no APC and there would have been no Buhari presidency.
“How can you ask a man who is most aggrieved to go and reconcile people who are equally aggrieved? It is hypocrisy. Buhari knows he has offended Tinubu. He knows he has publicly spited Tinubu.”
Mohammed said even if the president is given more than eight years, “he will not be able to do anything” for Nigeria.
“He’s simply incapable. He’s too incompetent and unprepared to preside over Nigeria,” he said.
“If he’s selected as the anointed presidential candidate of his party, if he doesn’t win the election, it would be rigged in his favour.
“And if that were to happen, I want to assure you that from the day they announced the election results until the end of the four years there would be no peace in this country because people would not tolerate the incompetence, illiteracy, greed, nepotism, and corruption. There’s a limit to their patience.”
Mohammed criticised the president and the federal lawmakers over the fragile security situation in the country.
The said members of the national assembly are predominantly immersed in their personal affairs and “too irresponsible” to see to the provision of adequate security for Nigerians.