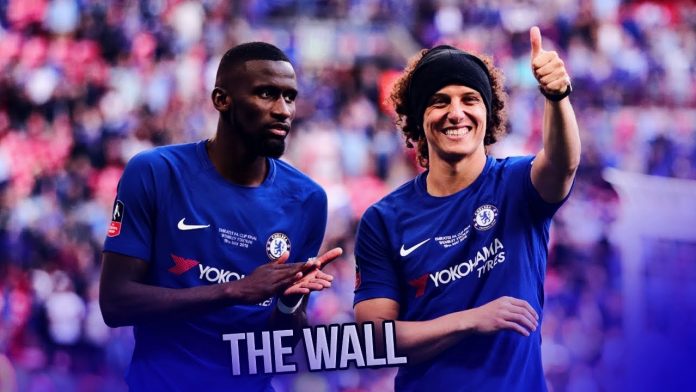 5. Steve Cook and Nathan Ake (Bournemouth)
Bournemouth have had a terrific start to the season and this defensive pairing has given them a solid base to build from.
Both Cook and Ake have started every single league game for the Cherries so far this season and both have been in excellent form.
Eddie Howe’s side have kept four clean sheets from their opening ten matches, which is the fourth most out of any other side in the league.
With Cook and Ake at centre-back, Bournemouth have conceded just 12 goals this season, which is the league’s joint sixth-best record along with Watford.
Netherlands centre-back Ake has been particularly impressive. He always looked like a big talent at Chelsea. At just 23, we wouldn’t be at all surprised to see him get a big move in the years to come.
4. Toby Alderweireld and Jan Vertonghen (Spurs)
Two centre-back’s that have established themselves as two of the Premier League’s best and two of Europe’s best in recent years.
Last season was a difficult one for Alderweireld. He didn’t play as much football as he’d have liked and he was expected to move on in the summer transfer window.
No move was forthcoming, though, and he’s now back at the heart of the Spurs backline alongside his fellow countryman Vertonghen.
Spurs have conceded just eight goals from their opening 10 league matches.
Vertonghen is currently sidelined with an injury, giving Davinson Sanchez a chance to step forward.
3. Antonio Rudiger and David Luiz (Chelsea)
Lots were unsure which Chelsea centre-backs would emerge as Maurizio Sarri’s first-choice pairing this season.
The likes of Cesar Azpilicueta and Andreas Christensen impressed as part of a back three under Antonio Conte last season.
But Sarri has put his faith in Rudiger and Luiz and they’ve certainly not let him down.
Both players have started every league game for Chelsea and the Blues have leaked just seven goals from their opening 10 matches this term.
The pair seem to be the ideal centre-back duo for Sarri. Both are physical and positionally intelligent but are also very good with the ball at their feet.
Chelsea have emerged from their opening 10 matches with five clean sheets, which is the third most out of any other team in the Premier League.
2. Joe Gomez and Virgil van Dijk (Liverpool)
The defence has been a real problem area for Liverpool in recent years so it’s no surprise a lot has been made of their much-improved record at the back this season.
Van Dijk is well on his way to justifying that £75m fee that the Reds splashed on him in January. It’s his presence at the back that has been the main factor in the Reds’ excellent defensive form this season.
Dejan Lovren finished last season as Van Dijk’s centre-back partner, but his injury issues at the start of this campaign gave Joe Gomez a chance to step forward and he really has taken his opportunity.
The former Charlton man played most of his football at right-back for the Reds last season, but Jurgen Klopp has always said that he sees him as a centre-back going forward.
Some would argue that Gomez has been even more impressive than Van Dijk this season. His awareness, distribution from the back and recovery speed are perhaps his most impressive attributes and the 21-year-old looks set to go on and become a top player for both club and country.
Lovren has played several games at centre-back since his return from injury but Gomez and Van Dijk have started six of the Reds’ 10 league matches together, conceding just three goals between them.
1. John Stones and Aymeric Laporte (Manchester City)
If we’d have said to you before the start of this season that a Manchester City centre-back pairing would top this list come the end of October, you probably wouldn’t have been too surprised.
But if we’d have said that pairing would be Stones and Laporte, your reaction may have been slightly different.
Pep Guardiola has clearly chosen this as the time to give his two youngest centre-back’s more responsibility. This is clearly going to be City’s preferred pairing of the future.
We have still seen the likes of Nicolas Otamendi and Vincent Kompany get their fair share of opportunities this season, but Stones and Laporte are definitely emerging as Pep’s go-to partnership.
Stones seems to be developing his game all the time. He’s been used at right-back and in midfield at times this season and is in excellent form.
Laporte is the only City outfield player to have started every match in the league and in Europe so far this term.
Guardiola’s side have the best defensive record in the Premier League having only conceded three goals all season and their defensive improvements will make it very, very difficult for anyone to take the title away from them.