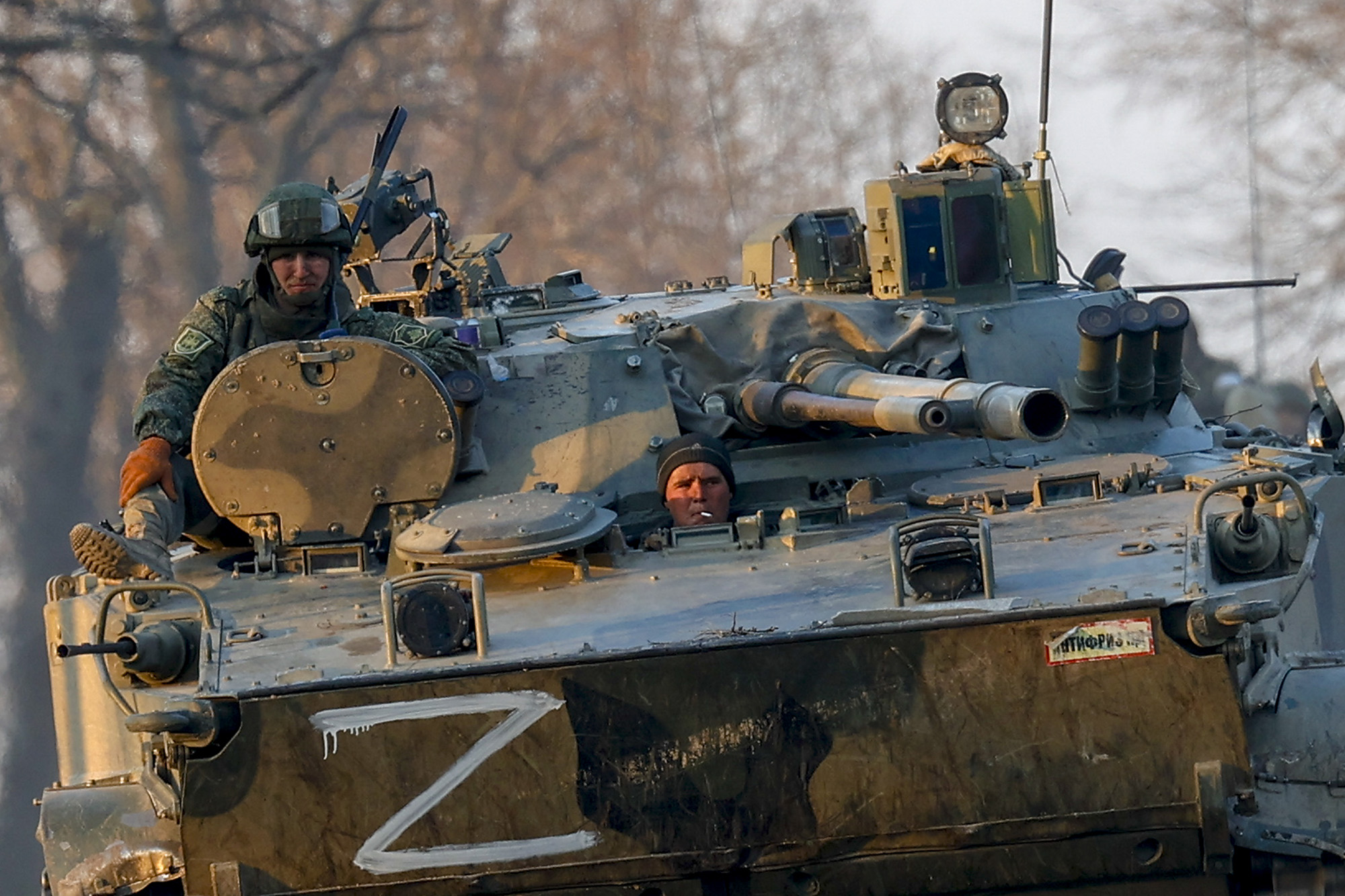 Ukrainian forces were reported to be recapturing towns along the west bank of the Dnipro River in southern Ukraine on Monday, with Moscow forced to yield territory along a second major front line just days after claiming to have annexed it.

The scale of the Ukrainian advance was unconfirmed, with Kyiv maintaining all but complete silence about the situation in the area.

But Russian military bloggers described a Ukrainian tank advance through dozens of kilometers of territory along the bank of the river.

In one of the rare comments by a Ukrainian official on the situation, Anton Gerashchenko, an adviser to the interior ministry, posted what he said was video of a Ukrainian soldier waving a flag in Zolota Balka, downriver from the former front line.

Rob Lee, a senior fellow at the Foreign Policy Research Institute think-tank, cited Russian bloggers as reporting their forces falling back as far as Dudchany – 40 km (25 miles) downriver from where they had opposed Ukrainian troops a day earlier.

“When this many Russian channels are sounding the alarm, it usually means they’re in trouble,” he wrote on Twitter.

A Ukrainian advance along the Dnipro river could trap thousands of Russian troops on the far side, cut off from all supplies.

The river is enormously wide, and Ukraine has already destroyed the major crossings.

The reports were the first to describe a rapid Ukrainian advance in the south of the country since the war began, and come just a day after Ukraine routed Russian troops in a major bastion, Lyman, on the opposite end of the front in the east.

The advances in the east and the south – some of the biggest of the war so far – have all taken place in territory that President Vladimir Putin claimed to have annexed from Ukraine only on Friday, with a celebratory concert by the Kremlin walls.

Mikhail Degtyarev, governor of the Khabarovsk region in Russia’s Far East, said around half of the men called up there had been found unfit for duty and sent back home.

He fired the region’s military commissar.

The fall of Lyman in eastern Ukraine’s Donetsk province, hours after Putin declared his annexation, opens the way for Ukrainian forces to strike deeper into Russian-held territory and cut off remaining Russian supply routes.

“Thanks to the successful operation in Lyman we are moving towards the second north-south route … and that means a second supply line will be disrupted,” said reserve colonel Viktor Kevlyuk at Ukraine’s Centre for Defence Strategies think-tank.

NATO Secretary General Jens Stoltenberg said the capture of Lyman demonstrated that Ukraine was capable of dislodging Russian forces and showed the impact Ukraine’s deployment of advanced Western weapons was having on the conflict.

Ukrainian President Volodymyr Zelenskiy said the success of the country’s soldiers was not limited to Lyman.

Russia’s parliament is to consider bills on Monday to absorb the four Ukrainian regions, the speaker of the lower house of parliament said.

These are Donetsk and Luhansk in the east and Kherson and Zaporizhzhia in the south.

Rep calls for scrapping of senate to save cost