• The institute facilities are overstretched, under-staffed- Provost
• As NVMA frowns at the killing of the Jos zoo escaped Lion

THE Provost of the Federal College of Veterinary and Medical Laboratory Technology, Vom, Plateau, Dr George-Best Echeonwu has disclosed that the institute has trained 20,000 laboratory technologists and technicians since its establishment 60 years ago.
Echeonwu further revealed that most of the products were manning the laboratories of the National Veterinary Research Institute (NVRI), Vom, NAFDAC and other related agencies, adding that many West African nations like Senegal, Sierra Leone, Ghana, Ethiopia, Liberia and Cameroun had also benefitted from the training as they had brought in their personnel who were trained to man laboratories in their countries.
The provost who described medical laboratories as “very crucial” to healthcare delivery both to humans and animals, pointing out that human and veterinary doctors required results from lab diagnosis to determine what medicine to cure any ailment.
He explained that the medical system also relies solely on such diagnosis to produce vaccines, stressing that the of the task of institute is to contribute to the health of livestock; noting that a healthy livestock will ensure healthy meat and ultimately secure the health of consumers. More so, he said` `A healthy livestock is also good business for those involved in that sector of the economy.”
Echeonwu also disclosed that the institute has introduced entrepreneurship training in poultry, animal production and animal health, as part of efforts to boost self-reliance if there were no immediate jobs after their graduation, adding that there also trainings mainly in piggery, arable farming, tomatoes and cabbage farming, as well as livestock keeping”.
The provost added that the trainees were also tutored on avenues for financing their private enterprises, noting that they are taken on excursion visits to the Bank of Industry (BOI) and other avenues where they could get soft loans with the minimum interest or collateral.
He, however, said that facilities in the school were overstretched, pointing out that it now admit an average of 100 students as against an average of 15 students in the 70s, adding that the school has high quality manpower, but suggested a need to engage more hands in view of rising challenges.
Echeonwu who called for more financial allocations to the college to address several areas where there is gross lack, which include the acute shortage of laboratories and classes, as well as inadequate office space for staff, reiterated that the institution also required structural expansion, especially with the recent permission to introduce environmental health programmes in the college curriculum.
Aside these, the institute boss said that the school also required some demonstration grounds, a technical drawing centre, an e-library, as well as an ICT centre to ease its activities and bring it abreast with global trends in the livestock sector.
Echeonwu , who is currently acting in the capacity of a provost on acting capacity for the past five years, explained that he was not in a position to explain much on that, he has attended an interview since 2012 of which he awaits confirmation, or a new person appointed, but the result has not been released up till now and he does not know why.
In the same vein, the Nigeria Veterinary Medical Association (NVMA) ,Bauchi State chapter Chairman, DrAlgasim Ibrahim, has urged the Bauchi State Government to train its veterinary doctors toward becoming specialists in wildlife to protect the lives of animals living in parks and zoos.
Ibrahim explained that wildlife animals need to have experts around them to ensure that they remain safe in their cages since they are kept under the supervision of government for tourism and educational activities, adding that Bauchi State, being a state with sites for tourists’ attraction, should have a team of wildlife experts so that the animals would be provided with quality services.
The Buauchi NVMA chairman noting that the Yankari wildlife park has various species of animals which are hardly found in Nigeria condemned the recent killing of a lion that escaped from Plateau zoo, pointing out that the Lion could have been shot with a vaccine that would make it fall asleep rather than killing it.
Ibrahim who stressed the urgent need of veterinary doctors that are experts in areas of wildlife, to protect the animals in parks and zoos, said “Even in instances whereby they escape from their cages, experts should do the proper thing instead of killing them.”
He frowned at activities that could lead to either maltreatment or abuse of animals by humans, stressing that animals were also living things and their rights should be protected and that it was time for Nigerians inculcate the habit of protecting animals as well. 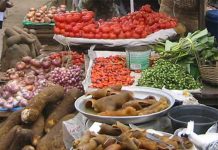 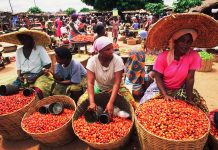