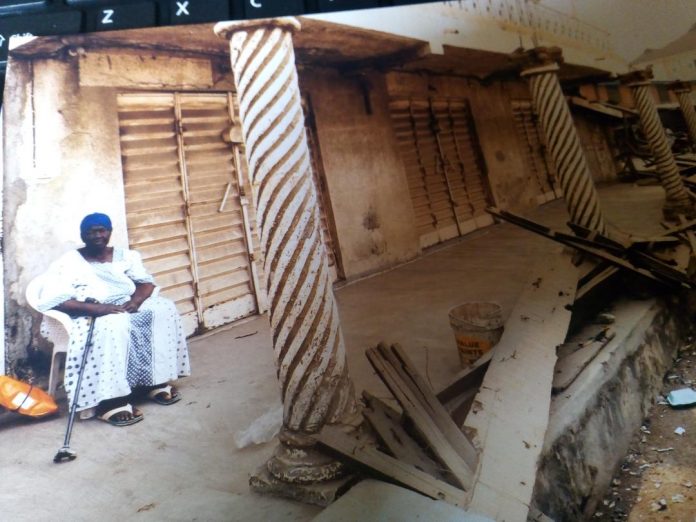 A widow, Alhaja Alimot Asake Kifuli, says her life and that of her grandchildren and tenants are in great danger following the activities of some street miscreants led by one Ogun Jelili Ajulo living in Makoko area of Yaba, Lagos.

Narrating her ordeal in the hands of the miscreants, Alhaja Kufili said her expanse property, located at 56/62, Church Street, Makoko, Yaba, has been turned to Indian Hemp joint by some miscreants living in Olulu street, Makoko.

In a petition signed by A.R Fatoki & Associates and addressed to the Assistant Inspector General of Police (AIG) Zone 2, Lagos, Alhaja Kifuli said her travails in the hand of Ogun Jelili Ajulo, who resides on number 13 Olulu, street, and Afeez Orebeka, Kazeem Adekanbi, Lola omo ilaje, Akumalu, aka Omo Ibo and Babatunde Ajumobi, began sometimes in January, 2020 when she complained about their activities on her property.

“I was admitted into the hospital for an ailment and I was discharged on 9th January, 2020 and was recuperating at home when I noticed Ogun Jelili Ajulo, and his gang converged on my veranda smoking Indian hemp.

“When I objected, pointing out my fragile health condition, they descended on me, not minding my advanced age, and tore my cloth and pushed me to the ground threatening to rape me if I raise any objection again.

It took the intervention of Ogun Jelili’s wife and other people in the area before he left me alone, but threatened to come back and finish me off if I say anything again.

According to her, initial attempts made by the assailant’s father to desist from attacking her was rebuffed by Ogun Jelili, while one Mrs. Doyin Abejoye, a tenant in her house who tried to intervene was also assaulted.

“My property was vandalized with the windows broken, and some shops destroyed.”

In the petition, her lawyers claimed that the matter was reported at the Adekunle Police Station, Yaba, but the police are yet to take any decisive action on the matter.

“The most perplexing aspect of this issue is that this matter through our letter dated 13th January, 2020 was reported to the Commissioner of Police, Lagos state Police Command. The Command upon receiving our letter referred the matter to the Area C Police Command, Surulere for investigation.

“The Officer of the Area C Police C led by one Bukky contacted us and upon the taken of the statement of our client went to effect the arrest of the culprits. Strangely, upon seeing him, they could not arrest him, claiming some politician has instructed them not to arrest Ogun Jelili Ajule and his accomplices,” the petition reads.

Alhaja Kifuli, who is over 80-year old woman pray that the AIG should use his good office to help save her life from these miscreants, who on daily basis have continue to threaten and harassing her.