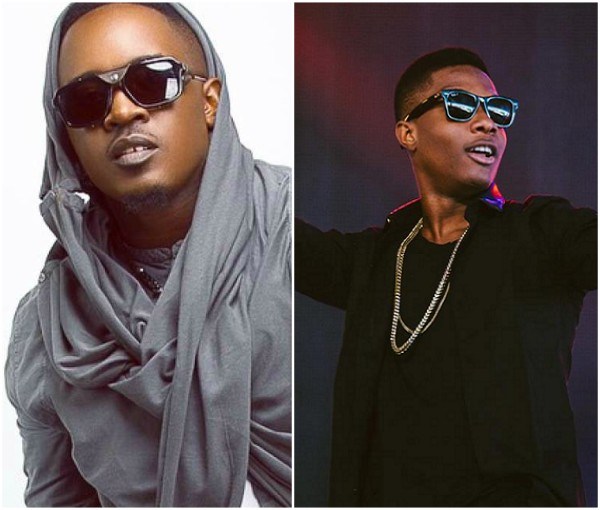 When was the last time M.I was in the news for a hit song? A long time ago.
And don’t get me wrong, the rhetorical question isn’t a shade against the rapper. It’s just a flashback check.

You really don’t need to keep dropping bars, singles, and album like a prostitute dropping fetuses, to be regarded as a music business person.

However, you really should be in the news. That’s basic publicity 101 knowledge. Yet, how you stay in the news surely matters.

You can decide to pick up a crime abroad like Dammy Krane. Or decide to talk about hot topics like gay. The latter is what M.I obliged to doing, some days back.

Yeah, and that’s basically the gist. Whatever you do, it’s gonna come with its consequences. Yet you will be in the news.

Dammy went from in the news to prison. M.I is on a journey to oblivion.

“Nigerians don’t deserve Wizkid”, that’s the latest hit off the lips of the Chocolate music boss. And I am mouth wide open in shock.

Really, the Wizkid, that Made In Nigeria product is suddenly too good for Nigerians? Or is there a paradox of far better positives to M.I’s Jibber-Jabber?

In the same way, I opposed his views on the gay topic. I like to approach the podium and may the Pro M.I fans accept my apology. For I really truly beg to differ.

ALSO SEE: What viewing pornography at early age does to men – Experts

For anything, including all it worths, there’s no Nigerian Musician that’s bigger than the anchor Nigerians give.

First, Wizkid is a product of Naija’s hassle. The stories he tells in his songs are properties of the land. His contents are the pictures and narratives our streets handed to him.

And the streets didn’t give and abandoned him. They gave and followed him to his shows.

His albums were bought by the streets. Take away these stories, followings, ticket sales and all you will have is a studio rat. A rat, though wizardry, yet too tiny to measure up the shoe heels of Nicky Minaj.

So don’t tell me, that because Ayo Balogun is now rocking a photo pose with Nicky that he’s suddenly out of our league.

No, don’t even mutter it.

We made him. And we ain’t even bragging about that. All we ever always ask for is good music. By good music, we mean laces of his voice and danceable tunes cooked in spices of our local percussion.

If M.I wants to engage in social genuflection. It’s his twitter account. He can use it the way he deemed fit. The only exception is for him to bite the fingers of millions of Nigerians that contributed to Wizkid and others career.

The same fingers dialed away, in multi trillion Nairas, phone numbers and patronized the telecom big bros. Whom is then able to endorse the star kid.

Our population made Nollywood and Nigeria Musicians the envy of their African contemporaries.

You think those Sony ears gives a damn about your sound? They are in for the numbers and figures.

We better keep our heads low and work some more lest we take the credits too early and miss it entirely.

ALSO SEE: Why does M.I want a man to wed a snake, a goat, a dog and a fellow man?

We are not there yet. Oris Aigbokhaevbolo, a music critique, made a point about WizKids poor capacity to write quality lyrics. Chukwuemeka Kemakolam, a social media commentator, has always noted how difficult it is for a Nigerian to win the Grammies. So why all of a sudden, are we shoulder high?

Have we suddenly grew above the fingers that fed us, because we featured a Drake in our song. Some Drake that felt it an insult to share the same video space with us? Or are we finally there because we featured one fat American rapper that doesn’t see any reason he should wear more than a single costume in the video the Nigerian twins donned several apparels? Oh, why am I bringing P-Square into this?

The drift is, we are not there yet. Perhaps, almost there. And for all you care, Mr. Jude Abaga, there’s no Nigerian Musician that we don’t deserve. No, not one.

We, Nigerians, are the reasons, you guys are still in business and demand. Dbanj and Don Jazzy were studio rats in London under the shadows of JJC and 419 Squad. Their relocation to Nigeria made them super cats. Too good, that JJC is back to Nigeria to tow the lane his guys succumbed to. And while he is at it, he’s gotten married to another Made In Nigeria star, Funke Akindele.