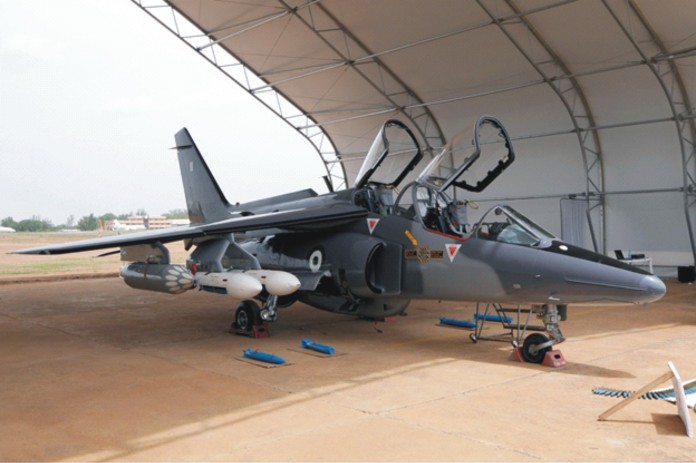 Nigeria‘s indigenous car maker has signed a partnership deal with the Nigerian Airforce on the supply of spare parts for the force aircraft conducting airstrikes against the Boko Haram insurgency group in the North-Eastern part of Nigeria.

Speaking about the deal, NAF spokesperson, Ayodele Famuyiwa said the ingenious effort by IVM is instrumental to the continued operation of the Alpha Jets. According to him IVM contributed in no small measures in helping with spare parts when foreign help was not forthcoming.

National Daily gathered that the Nigerian Airforce reached out to Innoson in 2015 following difficulties faced in the import of vital spare parts such as brake pads for the Alpha jets.

Reacting to the development, Spokeperson for Innoson, Cornel Osigwe said the Army had paid several visits to Innoson’s plant in the past, and have come to realise that the company has the capacity to meet their needs if patronized.

Innoson has gained several new clients since the deal, according to the spokesperson, including the National Assembly. Leading politicians such as Senator Ben Murray-Bruce have offered strong support.  Osigwe hopes that high profile supporters will help the company make inroads with the wider public. “If the government patronizes Innoson, individuals and companies will follow,” he says.

IVM, part of the Innoson Group owned by billionaire Innocent Chukwuma, started producing commercial vehicles such as coaches in 2007, before launching a range of private cars in 2014 — the first to carry a “Made in Nigeria” seal.

The offshoot company now employs over 7,000 people and has capacity to produce 10,000 cars a year. It is hoped that the partnership with NAF could help the business expand further.

IVM is now seeking to capitalize on the current momentum. The company is planning to increase its manufacturing capacity from 10,000 to 50,000 vehicles per year, including of new, lower cost cars to reach a broader market.

Collaboration with the NAF will also expand for research and supply. As patriotism grows across Nigeria, this could prove a crucial selling point.