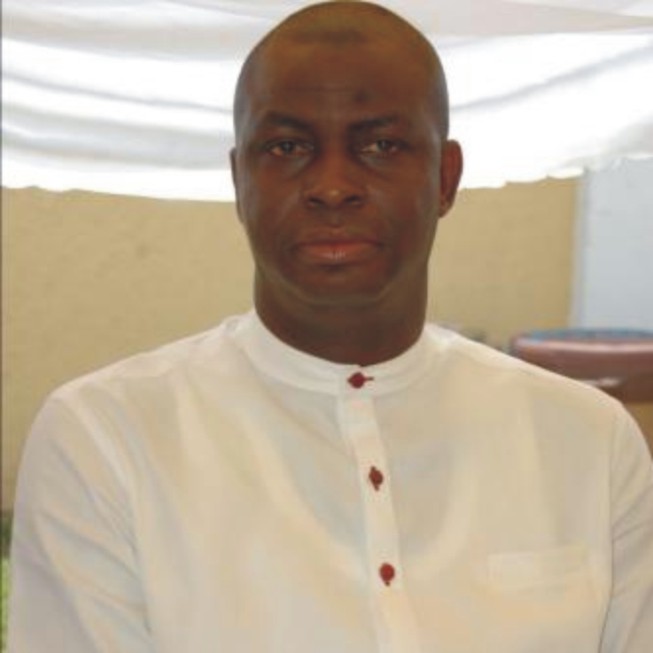 Chairman of the Mountain of Fire and Miracles Ministries Football Club of Lagos, Godwin Enakhaya, tells the National Daily reporter recently about the highs and lows managing a church club for results.

HOW did you become the chairman of MFC?
I think my job as a sport Journalist was the key. The story I was told, I don’t know if it’s the truth, was that some kids went to meet the G.O that there is a certain Brother Godwin who is a sport Journalist, who can help form a club and organize a competition. I was not part of the organization committee at the initial stage and it was not until the final of the cup when they needed dignitaries and football personalities to add colour to the event, that I got a call from the G.O office to see him. The rest is history.

What informed the decision to establish a football club by MFM?
Dr. Daniel Olukoya (General Overseer of Mountain of Fire and Miracle Ministries) needed to sow into the lives of young men, who were using their energy for wrong reasons. We started with a football tournament called Dr D.K. Olukoya International Football Competition. UNILAG hosted the first edition. MFM youths across churches in Nigeria and Africa participated. It held in 2007, 2008. After protests from the kids involved in the local league from the Amateur 2, the club gained promotion to Amateur 1 in 2003.
Interestingly, as we were preparing to play in the Amateur 1 in 2003, Bolowatan FC sold their slot in the Nigeria National League to us. That was how after just two seasons, MFM FC made history by becoming the first church club that will play in the Nigeria Premier League (NPL).

Is it not strange for a church to own a club?
As for me, it the best thing to happen to any community, or any country. If the church doesn’t get involved, who should? Like Nigerians are wont to say, “Pastor Olukoya, the Bible in one hand, and a football on the other hand.” I can only imagine the many lives the church MFM has impacted in Nigeria and how many lives The Redeem Christians Church of God has also impacted; I know they also have a club called the COD United. A lot of people talk about MFM because we seem to be making the most progress and we’ve been successful so far. I could remember 2014 when MFM FC represented Nigeria at the World Cup for churches and MFM FC defeated all competitions. That is what the kids need, you know. While playing football, you evangelize them, you teach them about the word of God and how to take the right steps in all they do. The church can play a huge role in sports.

How engaging has your position at the club been?
It hasn’t been very difficult. There are structures that keep things going even in my absence. For instance, I am not the coach of the team; there is also the team manager, secretary. My job is simply advisory. I don’t attend many of the matches. I just communicate with them on the phone. It is just to make provision for their requirements.

There have been suggestions that travels are made by air rather than by road as it is the current practice. Should we expect MFM FC to pioneer this?
This is a long time project. It could have been the best, but, realistically, it is something not doable right now. It is capital- intensive and until we realize that football is a big business where a club should have an official airline and official everything, that can’t be practiced. But, right now, you have to travel on Thursday, especially during the day and not at night.

What has been the cost of bringing the club from the lower divisions to NPFL?
A lot of money! But I will not put a figure to that. I just know that it cost an arm and a leg. Those who are in this line of job know it’s no joke.
There are 40 players whose salaries must be paid. In the Nigeria Premier League, the minimum wage is N150,000, and a club have 40 players. Do the calculation. When the clubs travel out, hotel bills are paid for 40 people. There are also match allowances and other logistics.
Where we are now, the best institution that can run sport is the government. I can assure you that it has been very expensive.

Does the club enjoy any sponsorship apart from the church’s?
Strictly MFM. The G.O runs it all by himself for now. But, like I said recently, our doors are open. We will welcome anyone who that is ready to give a helping hand. The ones we will not accommodate are from alcohol, gambling and organizations of similar ilk.

Can you say with certainty that MFM can retain their NPFL status at the end of a debut season?
We haven’t started yet, but I can tell you that the club has come to stay. When we started in 2007 we set a goal, and every year, every season, we keep succeeding. The club has won something at the end of every season. I don’t see that changing now. The target is that in two years the club must remain in the NPL and win a continental ticket. The club had three or four players in the last U 20 squad and four members in the U 17. So we want to keep churning out young quality players that will be the pride of the country.

Are the aims of the clubs being met?
First and foremost, we are taking youths from the streets and empowering them. A lot of these youths just live by the day. Now they pray, get focused, and are given opportunity to earn a living for themselves through MFM FC. Now, they can dream of playing football professionally. They are paid good salaries and other mouth-watering allowances. Already, MFM FC have represented Lagos state in the challenges Cup and are now in the NPFL and more are still coming.

What is the club doing towards owing their own sporting facilities?
We have our own training ground at the MFM prayer City along Lagos Ibadan Expressway. It’s a very good environment. We don’t have the problem of sharing a place with anybody. We have one of the best camp facilities somewhere at Shomolu, Lagos, Nigeria .There are indoor and outdoor games and satellite facilities for the guys to watch football and relax. They go in the morning for training and get back at 11 am to rest.

Share this on WhatsApp
Related Topics:Godwin EnakhayaMountain of Fire and Miracles Ministries Football Club (MFM FC)
Up Next