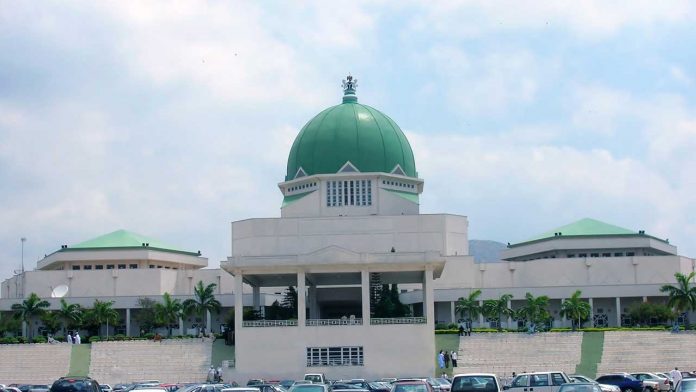 The Buhari Youth Organisation, Lagos State Chapter has faulted the National Assembly’s alleged substitution of medium-term planned projects,with short-term campaign prone projects at the expense of the hapless Nigerians masses.
BYO Lagos Coordinator Waheed Odunuga urge the NASS to furnish the populace with detail disclosure of what prompted the deliberate removal of cardinal projects and replacement with suspicious projects.
Waheed described the move by NASS as an attempt to slow the pace of development, as envisioned by President Mohammadu Buhari’s citing the six months delay of the fiscal documents before eventual passage as unwarranted.
“NASS should vehemently apologize to Nigerians for truncating and delaying the implementation of 2018 Appropriation bill for deliberately wasting half of the execution period- 6 months.
“The squandered six months hindered the nation from executing projects that would have created opportunities and make life better with various social welfare, products and services.
“While we respect the objectivity and the oversight function of law making arm of the government, the National Assembly owes Nigerians, her representatives a detailed disclosure.
“What motivated the removal of 4,700 critical projects with relevant justifications in line with the Medium-Term Fiscal Framework (MTFF) and Medium-Term Sector Strategies (MTSS).
“Non-disclosure of such acts will amount to purported action to impair our national growth and development that cuts down N347billion sustainable medium-term planned projects for 6,403 short-term campaign prone projects amounting to N578 billion.
According Tracka.com, most of the constituency projects in the bill are not executed accordingly while funds are not just diverted but also personalized as NASS members succour to their representatives.
BYO also frowned at the removal of N3billion appropriation to provide security for the 104 unity schools.
Thus exposing the students of such institutions to terrorism, kidnapping and various forms of crime even though the National Assembly will be the first to blame the executive arm for relative contingencies. This act is Anti-People and we strongly condemn it.
“The increment of the Statutory Transfers by an aggregate of N73.96billion as Recurrent Expenditure with the 14.5billion for and by the National Assembly, without any due justification to expend the funds from national treasury is largely biased and clear cut extortion of Nigeria’s common wealth.
BYO demand from the National Assembly a detailed disclosure of justifications for 2018 Appropriation Bill adjustment.
“We also want to urge Nigerians to be cautious of voting to return only members who have contributed tremendously and or are willing to contribute to the growth development of the nation in 2019,” BYO said.
PV: 0