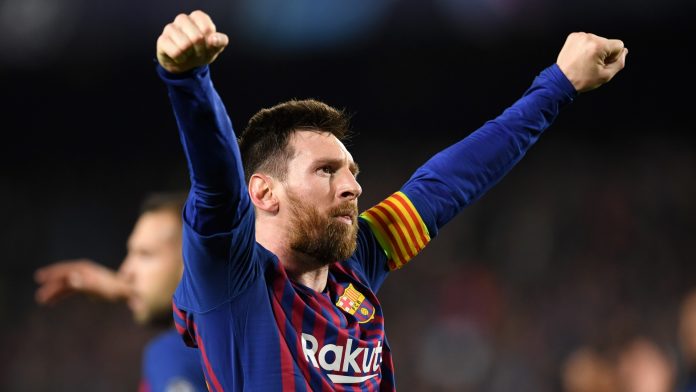 Barcelona president Josep Maria Bartomeu has insisted that Lionel Messi will “never leave” Barcelona and will spend his entire career with the Spanish giants.
Messi, 31, delivered another masterclass as Barca beat Liverpool 3-0 in the first leg of their Champions League semi-final on Wednesday, netting twice, including a spectacular free-kick, to reach the 600-goal milestone for the club.
Bartomeu admits that the club are already preparing for life without their star man, but says he doesn’t see the Argentine’s time at the top coming to an end any time soon.

He might even play until he’s 45, who knows?” he said, via The Guardian. “We know he’ll play three, four, five years more, we don’t know how many – as many as he wants.
“We’re preparing. Players like [Ousmane] Dembele, [Clement] Lenglet, Arthur are there to build a team for when Messi stops playing, but I still see it as a long way off.
“I don’t think that day is near. And we tell the players who play and train with him: ‘Make the most of every minute’.
“We are talking to the family but it’s very early to say. He’s a footballer. So we talk football, but he will stay here with us. He’s a club man.”