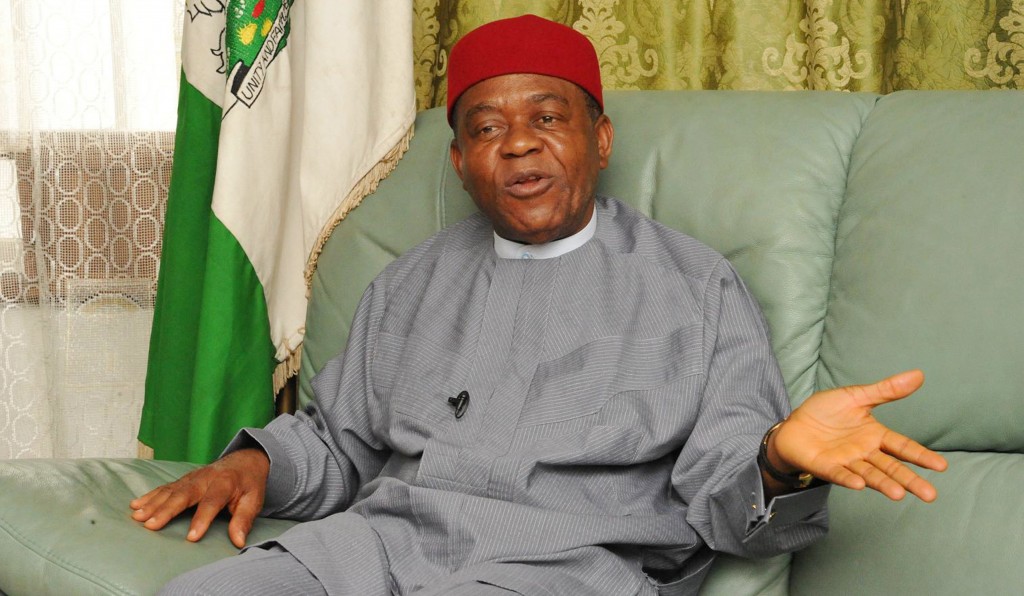 Senator Theodore Orji has assured the people of Abia central qualitative representation saying his aim is to ensure the presence of federal projects as well as attract international organisations to areas of need through his foundation.

Orji spoke through his Media Adviser, Mr. Don Norman Obinna at the Murtala Mohammed Airport Ikeja, Lagos, on Sunday at the backdrop of recent media attack against him by Abia State All Progressive Congress (APC), chieftain, Chief Benjamin Apugo
.
The former governor who recently awarded scholarship to indigent students in his constituency said the criticism against him by Chief Apugo was borne out of bitterness because he refused to accede to his greedy demands while serving as Abia State governor.

He said contrary to what Apugo alleged, his face off with him started in 2007 immediately after his swearing-in as governor and escalated thereafter when he (Apugo) resisted the Central Bank of Nigeria (CBN), from building its branch in Umuahia, the Abia State capital.

“Apugo demanded N170 million from me immediately after my election claiming that the amount was what he spent on my campaign. All my efforts to settle amicably with him were futile as he insisted on N170 million or nothing.

“Then later on he vehemently resisted the CBN from building its branch in Umuahia, claiming that the community land provided for the project belongs to him. Because his kinsmen were afraid of him, they all kept quite. When I saw that the project was going to be hindered, I intervened and paid him a whopping sum of N400 million which he demanded to hands off the land to ensure peace,” Orji said.

Ochendo as Orji is popularly referred to by his admirers further said that he least expected Apugo’s criticism because aside tolerating his whims and caprices to ensure peace, he also gave lifeline to his children who he abandoned, adding that he made one a lawmaker and another ASEPA General Manager.

On how he intends to achieve his developmental objectives to his people, Sen. Orji said the projects will come in different phases, but insisted that much would not be let out yet until at the point of materialisation.

“Presently we have concluded plans to tour the six local governments that made up my constituency to identify the areas of need and how to solve them. We will also consolidate on our scholarship scheme as well as programmes for the elderly and the less privileged,” he said.

Share this on WhatsApp
Related Topics:Abia State Govt.APCCentral Bank of Nigeria (CBN)PDPSenator Theodore Orji
Up Next