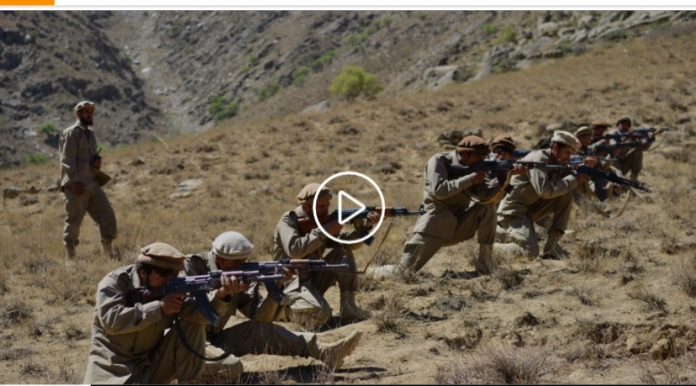 Pictures on social media on Monday showed Taliban members standing in front of the gate of the Panjshir provincial governor’s compound.

The National Resistance Front (NRF), the anti-Taliban forces in Panjshir Valley, vowed on Monday to carry on fighting. The NRF said it was present in “strategic positions” across the valley, adding “the struggle against the Taliban and their partners will continue”.

Earlier on Monday, the NRF acknowledged suffering considerable battlefield losses and called for a ceasefire, as US Secretary of State Antony Blinken flew to Qatar to try and handle the chaotic aftermath of the US withdrawal from Afghanistan.

The NRF proposed in a statement “that the Taliban stop its military operations in Panjshir … and withdraw its forces”.

“In return, we will direct our forces to refrain from military action,” said the statement, according to a report by the AFP news agency.