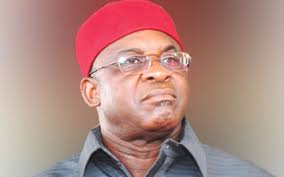 The Court of Appeal, Makurdi Judicial Division has reserved for judgment the Notice of Appeal filed by All Progressives Congress’ (APC’s) Donald Daniel Onjeh against the decision of the National and State Assembly Election Petition Tribunal, which upheld the election of the Peoples Democratic Party’s (PDP’s) David Mark.

Counsel to Onjeh, Adetunji Oso while adopting his processes in urging the Appellate Court to allow his appeal and set aside the decision of the lower Tribunal said the court erred when it held that documents tendered by his client were mere documentary hearsay.

The documents, according to Oso demonstrated and showed that while at various times collation of result for the Benue South Senatorial Districts election held on 28th March, 2015 was still going on in seven of the nine Local Government Areas of the Senatorial Districts, the Independent National Electoral Commission, INEC declared already declared Mark the winner of the poll.

In one breath according to Ojo, the Honourable Tribunal, considering the material evidence before it in the unreported Election Petition between Agbom and Aza (2015) nullify the election of Martins Aza (PDP Makurdi North State Constituency), the appeal arising from which was upheld by the Court of Appeal , Makurdi Judicial Division and urged the court to be bound by its decision.

But Mark, PDP and INEC in adopting their briefs urged the Court of Appeal to dismiss the appeal for lacking in merit.

According to Kenneth Ikonne, lead counsel to David Mark, where figures or scores of an election are challenged, such evidence must come from officers at the election in line with Section 126 of the Evidence Act, which was not the case in the instant subject of appeal and urged the court to dismiss the appeal with cost and affirmed the election of Mark.

On his part, counsel to the PDP, Chris Alechenu drew the attention of the Appellate Court to issue six of Onjeh’s brief which he said was deemed abandoned since same was not argued and urged the Court to dismiss the appeal for want of merit.

Meanwhile, the Appellate Court has turned down attempts by counsel to INEC, Philemon Retshik to amend the commission’s reply to the appellants’ brief. INEC had five days within which to reply to the appellants’ briefs but counsel informed the court that it did not cover all the grounds of the appeal and the need for his motion, which was struck out by order of court
.
Having heard all the parties, Presiding Judge of the 3 member Special Appeal panel, Honourable Justice Mensen Dongbam adjourned the matter for judgment at a date to be communicated to parties.

Onjeh, it would be recalled approached the National and State Assembly Election Petition Tribunal sitting in Makurdi, the Benue State capital praying for the nullification of the former two times Senate President and an order for fresh election in the Benue South Senatorial District for alleged irregularities, and noncompliance to Electoral Law 2010 (as amended).