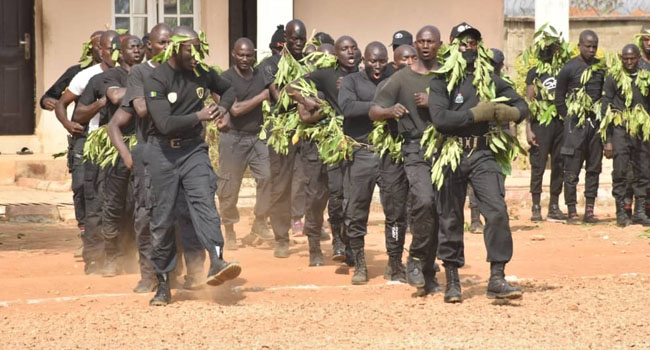 The Nigerian military have commenced training of Civilian Joint Task Force on security operations in Southern Kaduna, Kaduna State. The military training indicated to be coordinated by the Operation SAFE HAVEN has produced 98 trained youths mentored on surveillance and information gathering in containing the incessant attacks by bandits in Southern Kaduna,

The 96 trained Civilian JTF were said to have graduated on Wednesday at a ceremony at Headquarters Sector 7 Kafanchan. The youths were recruited all the communities and ethnic groups in Southern Kaduna.

The Commander of Operation SAFE HAVEN, Major General Ibrahim Ali, urged the youths to eschew from sentiment in the performance of their duties, telling them to carry out their assignment without fear or favour.

Major General Ali maintained that the training of the youths is mainly to protect the communities against the bandits. He also urged them to resist the temptation of being recruited as political thugs by individuals desperate for selfish goals.

The Commander Sector 7, Operation SAFE HAVEN, Colonel Timothy Opurum, had earlier stated that the youths were trained because of the efforts to restore law and order in the communities that have been under siege.

Colonel Timothy maintained that the Command would deploy the youths to work with security agencies in the various communities of Southern Kaduna.