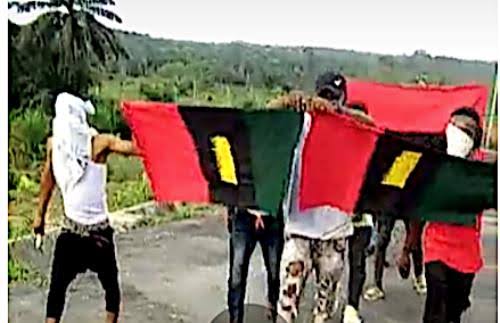 The Biafra Nations League (BNL) has declared its retention of the Bakassi Peninsula which the Nigerian government ceded to Cameroon under the leadership of former President Olusegun Obasanjo. Accordingly, BNL maintained that it does not recognize the Bakassi Peninsula as Cameroonian territory, thus, made the Bakassi Peninsula its operational Headquarters, and threatened to combat any military force that trespasses into the territory. The BNL further threatened to destabilise the peace in the Gulf of Guinea if either the government of Nigeria or Cameroon continues to undermine the independence of the Biafra Republic.

The BNL in a joint statement by the Deputy National Leader, Ebuta Akor Takon, and Chief Head of Operations, Henry Edet, reiterated the group does not recognize the ceding of Bakassi Peninsula to Cameroon by the Nigerian Government. The group insisted that the ‘Ekukunela Declarations’ which consisted of BNL’s resolution in 2016, endorsed by BNL National Leader, Princewill Chimezie Richard, in Ekukunela, Ikom, Cross River State, do not recognize the Anglo German Treaty the government of Cameroon relied on in the suit with Nigerian at the International Court of Justice. The BNL argued that the Treaty was not made with the natives but merely the thinking of the colonialists. The BNL declared it is battle ready to face any force from Cameroon or the border side of Nigeria, it they are attacked on the hoisting of Biafran flags.

The Deputy National Leader, Ebuta Akor Takon, and Chief Head of Operations, Henry Edet, declared that the BNL national leaders at a meeting presided by Princewill Chimezie Richard at the weekend in Bakassi Peninsula threatened the Leagues will destabilize the peace in the Gulf of Guinea except Biafra is granted independent and separated from Nigeria and Cameroon.

The BNL admonished Igbo leaders to desist from diverting the Biafra agitation to demand for Igbo Presidency in the southeast. The contended that the interests of Biafrans, including Bakassi indigenes, cannot be promoted or their problems solved by making an Igbo man President of nigerian.

“They should stop talking about Igbo Presidency, that’s not what we are fighting for. Biafra does not belong to the Igbo where they will tell us that they want to be President, it is wrong.

“God has made it in a way that the Igbo will always be in the forefront of the struggle as majority tribe, but it will be disappointing if they accept Presidency.

“We are not just fighting for the Igbo, but for all Biafrans, including the Bakassi people under Cameroon bondage,” they declared.