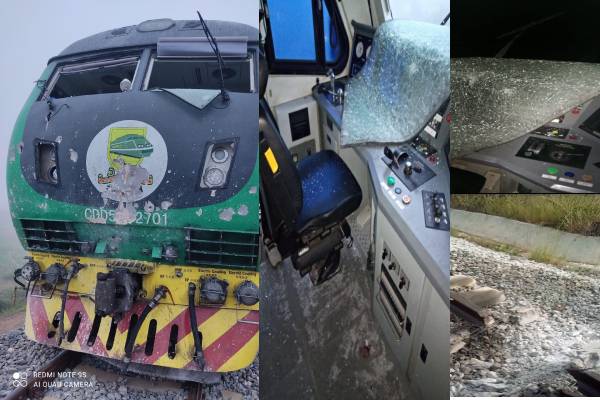 Nigeria is the only country on planet earth where politicians and elites gloat when terrorists successfully attack. Sometimes it sounds as if they actually pray and hope for the terrorists to succeed, to create senseless talking points. It gets so sickening that otherwise respectable people (such as Osita Chidoka,) who have seen civilization before, would publish things that are at best, beneath their expected faculty and yet, would feel no shame.

Celebrating the success of terrorism in our country and seeking the head of your government to boot, does not make you a great politician. It diminishes who you are. It exposes your vile-filled “empathylessness”. It shows the inner wickedness in your heart. And I will explain.

Vladimir Putin started a war against the Ukrainian Federation on February 24, 2022. All Ukrainians from across the political divides pooled together, took up arms to resist one of the largest and most sophisticated military in the world. The leader of the opposition who President Zelensky defeated to clinch power, took up an AK47. Parliamentarians in the ruling party and the opposition all came together to rally their citizens to stand against the almighty Russia. The country was under attack. No time for blames. The common enemy is Putin. He must not succeed. More than a month on, the war is raging. Ukraine is standing, even as it is paying a huge price. But I am yet to know if there is an opposition party in Ukraine. Everybody is playing a part to ward off a common enemy – Vladimir Putin. They know that when the enemy is defeated, they would go back to their normal politicking.

Boston Marathon was attacked in 2013. A terrorist detonated bombs while marathoners were on gear, in one of the world’s most glamorous marathon festivals. There was pandemonium. Bostonians rose in unison across party lines. They shouting we are Boston strong, we won’t be cowed. Everybody from all walks of live stood still. Indeed, the world stood still in solidarity with Boston. People lined up to donate blood, give a hand, volunteer information, clean the streets, etc. There was no gloating about government not providing security or failing in the basic duty of protecting lives and property. No. Everybody identified the enemy – the terrorist, and committed time and resources to sending a message to them that the spirit of the Boston Marathon cannot be broken – people, including politicians from across party lines. The discussion on TV and radio was not about who to blame but how to ensure that the marathon is safe. The discussion was not about failure of government, but how to strengthen the defense system to ensure that the terrorist does not win.

In 2001, Al Qaeda led by Osama Bin Laden staged coordinated attacks on the heart of American civilization. They hijacked planes and flew into the World Trade Center, the Pentagon and few other targets, killing hundreds. President Bush was in a reading session with school kids. Someone walked in and told him that America was under attack. He calmly left the school back to the White House. Television stations stopped regular programming to follow the breaking news. Americans roused the solidarity of the entire world, identified the terrorists and their camps in Afghanistan. In unison, every American from all creed focused on the terrorist – Osama Bin Laden. Human and material resources were pumped to bring all the bad guys in faraway land, to justice. The dividing lines between Republicans and Democrats disappeared. America was under attack by a common enemy who needed to be defeated. Congress authorized President Bush to invade Afghanistan and bring Bin Laden to justice. Americans in their thousands lined up to donate blood, lend a hand, join the fire department, join the military, do something to help America in its time of need. There was no preachment about what Bush did or did not do. Nobody has ever blamed President George Bush for the spectacular success of the September 11 attack on the heart of America unto this day.

Only few days ago, a terrorist struck at the heart of Israel, one of the most fortified and militarily sophisticated countries in the world. At least eleven people have so far been killed in three attacks. Israelites are in shock and have committed to ensuring that the terrorists do not succeed. Every citizen is rallying round to provide support, ideas, solutions and resources to the victims. People are seeking ways to help one another. Israelis are not calling for the head of their president for failing to protect them. The reason is, they know so well that the enemy is the terrorist, not the president. They know that the terrorist seeks to destroy. They are deploying every resource available to hunt down whomsoever is connected with the incidents. They are standing strong to say no to the terrorist.

In Nigeria however, whenever criminals and terrorists strike, we say no to the President. We are so fixated on the senseless believe that any President can be so powerful as to be everywhere at every time to prevent, protect and defend everyone against every evil. I have not heard any elite action to assist the police, the military or emergency services cope with the resources needed to treat the wounded. I have not seen any form of citizen action to help volunteer information to help identify the terrorists and their hide outs. I have not heard any Nigerian get so angry as to sign up to join the police and military services, to hunt down these terrorists. No. All we read are stupid and idiotic pontifications about the failure of President Buhari to provide security for Nigerians. Everything in Nigeria gets reduced to the blurred colors of political power and quest for control. Every tragedy is leveraged on as opportunity to create distraction about the failings and impotence of government. As if the terrorists are doing the bidding of the opposition, to provide them talking points for the next election.

We need to know that nobody can win this zero-sum game of recrimination and antagonism, each time terrorists successfully attack. Not the PDP. Not the APC. We are collective losers. The elites should please desist from playing the ostrich with the lives and livelihood of Nigerians. I am sick of seeing people in *The Morning Show* on Arise TV, and *Sunrise Daily* on Channels Television, rationalizing about the failure of government to arrest crime, while no one suggests the need to speak to thye terrorists, seek them out and vanquish them. We have a fixation on an utopian Big Brother Buhari, who needs to be everywhere like Voltron was in our growing up days, defending the universe! It’s purely an appeal to emotion, unconnected to the reality of our collective fear. Life doesn’t work like that.

Share this on WhatsApp
Related Topics:Abuja - Kaduna highwayTerror attack in Nigeria
Up Next