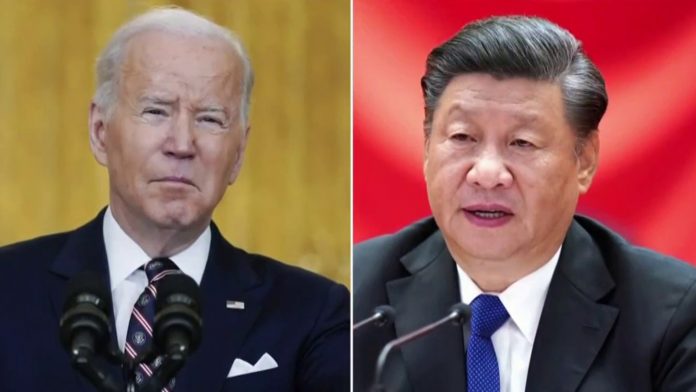 A Spokesman of the Chinese Foreign Ministry, Wang Wenbin, on Monday said China deplored President Joe Biden’s comments over Taiwan and said the US should refrain from sending the wrong message “to avoid causing grave damage to bilateral relations.”

Biden, during a press briefing on Monday in Tokyo, Japan said that the US military would intervene in Taiwan to defend it in attack from China, rejecting forceful takeover of any territory.

When asked during the press briefing if the United States would be willing to get involved militarily to defend Taiwan after not doing so in Ukraine, Biden said “yes — it’s a commitment we made.”

The US President said, “We agree with the One China policy, we signed onto it and all the attendant agreements made from there,” Biden added. “But the idea that — that it can be taken by force, just taken by force, is just not — it’s just not appropriate. It will dislocate the entire region and be another action similar to what happened in Ukraine.

He said that the United States remains committed to supporting the peace and stability across the Taiwan Strait and ensuring that there is no unilateral change to that status quo.

But reacting, Wang said, “On issues bearing on China’s core interests, including its sovereignty and territorial integrity, there is no room for compromise or concession.’

He said, “If the US side insists on playing the Taiwan card and goes further and further down the wrong road, it will certainly lead to a dangerous situation.’’

Since taking office, Biden has repeatedly used language about Taiwan that appeared to alter policy in place since around the time the US switched diplomatic recognition to Beijing. Last year, Biden or his aides needed to clarify his remarks on Taiwan on at least 4 separate occasions, including his description of the island as “independent” — China’s oft-stated red line for an invasion.