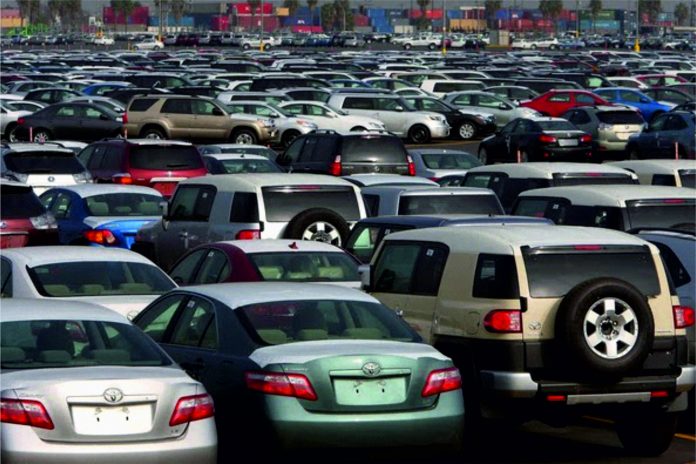 The government of Benin Republic has approved the reduction of charges on transit vehicles by 27 per cent in other to attract Nigerian buyers, National Daily has gathered.

According to data exclusively obtained by National Daily, the volume of cars imported through the Autonomous Port of Cotonou in transit to Nigeria has recorded significant growth since March 2017 as result of the initiative.

While the importation of cars in Cotonou reached an all-time low of just 3,500 units in January 2017, the volume of cars discharged there last month was well over 10,000 units, according to data obtained by National Daily from the Autonomous Port of Cotonou.

“From all indications, this figure is going to grow in the next month, as the naira has revalued against the CFA and more and more traders are patronizing the port of Cotonou,” Elisee Dieudonne, a senior staff of a shipping line calling at the tiny West African country’s port told NationalDaily.

“The trend we’re seeing is that the old and crashed vehicles, which are paying comparatively low level of duties, are discharged in Lagos while the newer and more expensive second hand cars are discharged in Cotonou,” she added.

Findings by Nationalm Daily also revealed that as a way to attract more Nigerian business to the country, the Benin Republic Ministry of Transport has approved the reduction of the amount charged for the vehicles in transit. As a result of this reduction, the price to clear a car discharged in Cotonou in transit to Nigeria was slashed from CFA399, 920 (N257, 000) to CFA290, 000 (N186, 000) with effect from July 1, 2017.

ALSO SEE: Customs e-auction: Why many will lose their cars

“We expect this reduction in prices in Cotonou will divert even more vehicles to Benin Republic, while the volumes in Lagos will remain stagnant,” Dieudonne told National Daily.

Unfortunately, Nigeria’s tariff on imported vehicles remains astronomically high at 35 percent import duty and another 35 percent surcharge amounting to a total of 70 percent which is the highest in the world, thereby discouraging use of Nigerian ports.

Importers of Nigerian-bound vehicles and other cargoes prefer landing them at Cotonou and other neighbouring ports and smuggle them into Nigeria to avoid prohibitive tariffs charged by the Nigeria Customs Service.

Nigeria’s government’s ban on importation of vehicles through land border, the volume of cars smuggled into the country from Cotonou through Seme, Idiroko and other land borders has risen astronomically in the past four months.