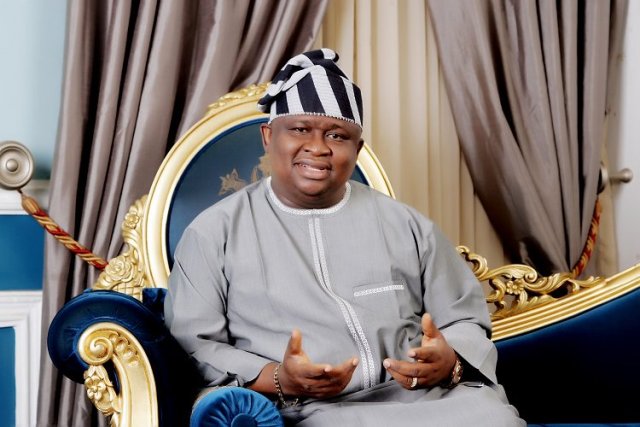 Share this on WhatsApp
Spread the love
By Olanrewaju Adesanya
Senator Adeola Yayi has declared that there are no fraud or mess in the implementation of his 50m COVID-19 palliative provision.
The Lagos West Senatorial District Senator, made the disclosure in a statement made available to newsmen by his Media Adviser,Chief Kayode Odunaro.
According to Senator Adeola who Chairs the Senate Committee on Finance,there are really no need to exchange words with those peddling the blatant falsehood, as his intentions for the financial aid is not at all connected to political gains.
” My attention has been drawn  to stories on some blogs and social media of purported fraud allegation occassioned by  the disbursement of N50million  palliative for the poor and vulnerable persons, families and groups during the COVID-19 lockdown in Lagos West.
“I will not be dragged into the blatant falsehood contained in the sponsored write-ups,I am however perturbed by the shameful attempt to politicize the issue of palliatives during a preventive lockdown for the containment of the global pandemic, that is ravaging humanity on the altar of local petty politics.
“I want to state categorically that the identity of the brain behind the campaign of calumny and his fraudulent antecedents are known and no amount of subterfuge by his minions and faceless group can wipe the trail of their huge financial inducement for the hatchet write ups and publications.
“For the records my donation was not a political campaign gambit as there is no election anytime soon and neither is it a reward for party members or voters in the largest senatorial district of some 12 million people.
“It is a relief package targeted mostly at the poor and vulnerable individuals, families and groups for sustenance during the ongoing COVID-19 lockdown.
” I decided on cash donation in cognizance of the precautionary measures for the containment of the pandemic and for beneficiaries to address their specific needs on their own during the lockdown.
“And from the pictorial and video evidences I am seeing on the social media, I am satisfied that the palliative is achieving its goal on targeted persons, families and group without any controversy”. Adeola said.
Senator Adeola said the ongoing disbursement which enters its fifth day is being implemented by a 6 –member Committee in each of the 10 LGAs and 18 LCDAs of Lagos West with replication at the ward levels.
He added  that beneficiaries cut across individuals, families and groups like market women associations and League of Imams with sums ranging from #2,500 for individuals and graduated upward from #5000 to #250,000 for families and groups based on need.
The senator stressed that he remain focused on discharging his duties as a senator, with credible achievements for constituents including facilitation of skill acquisition training for over 4000 women and youth and 4 ICT Centers in 4 Secondary schools since the commencement of the 9th Senate.
He reiterated that on the contrary the donation is his modest contribution in the fight against COVID-19,that is a global pandemic and not a political payback.
Share this on WhatsApp 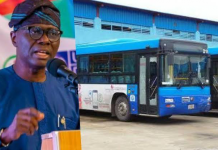