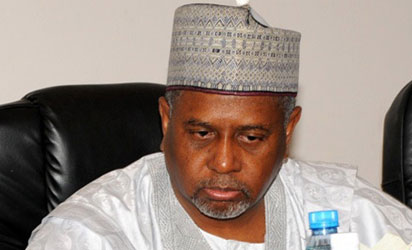 In a bid to take bank’s executives including Central Bank of Nigeria (CBN) and other financial institutions to the cleaners on account of complicity in large scale fleecing of over N70bn meant for purchase of arms for Nigerian soldiers fighting Boko Haram in the northeast of the country, the Socio-Economic Rights and Accountability Project (SERAP) has indicated its resolve to merge force with anti-graft agencies to bring unscrupulous individuals to book.

SERAP forwarded a petition to the Economic and Financial Crimes Commission (EFCC) and the Independent Corrupt Practices and Other Related Offences Commission (ICPC) to jointly unearth the shady dealings of the banks heads with the former NSA Col. Sambo Dasuki and Minister for Finance and Economic Planning Okonjo-Iweala and give respite to soul of the deceased  Nigerians who lost the lives due to the arms deal saga.

The group via the petitions signed by its Executive Director Adetokunbo Mumuni, frowned at the deliberate shortchange of the security apparatus of the nation,which has overtime ridiculed the military owing to malfeasance of the bank heads.

It noted that,“This inconsistent and discriminatory approach of penalising the economically and socially disadvantaged citizens for minor infractions while showing no concern about the over N70 billion stolen arms purchase funds is unlawful as it is contrary to national and international anti-money laundering standards and best practices.”

SERAP maintained that CBN’s involvement is echoed in its silent mien when it ought to be the whistleblower but chose to do otherwise, pertaining the untoward moves of their supposed collaborators.

“The CBN’s longstanding complicity in money laundering also explains why it has failed to take action against domestic banks that are facilitating deposits of stolen public funds by Politically Exposed Persons or to encourage appropriate anticorruption agencies to pursue financial institutions abroad for their roles in corruption and money laundering in Nigeria.”

The petitions read in part: “SERAP believes that the efforts to identify responsibility for the heinous crimes committed against the Nigerian soldiers and their families should include the roles that banks and financial institutions played by aiding, abetting or failing to exercise due diligence to prevent the stolen funds from being stashed in their institutions, and thereby exacerbating the conflict in the Northeast.”

“SERAP is seriously concerned about CBN’s commitment and ability to tackle high-level official corruption especially given that it was the CBN that facilitated, aided and abetted the emptying of the public treasury by the late General Sani Abacha. The CBN should have learnt from this experience and not allowed without questions the withdrawal of billions of naira within a short period of time by former National Security Adviser (NSA), Col. Sambo Dasuki (rtd), and former Minister of Finance, Dr Ngozi Okonjo-Iweala.”

“By allowing excessive withdrawals by Dasuki and Okonjo-Iweala, the CBN has helped to fuel corruption in the arms purchase budget, and thereby contributed to the unnecessary loss of lives of many Nigerian soldiers and displacement of millions of law-abiding citizens.”