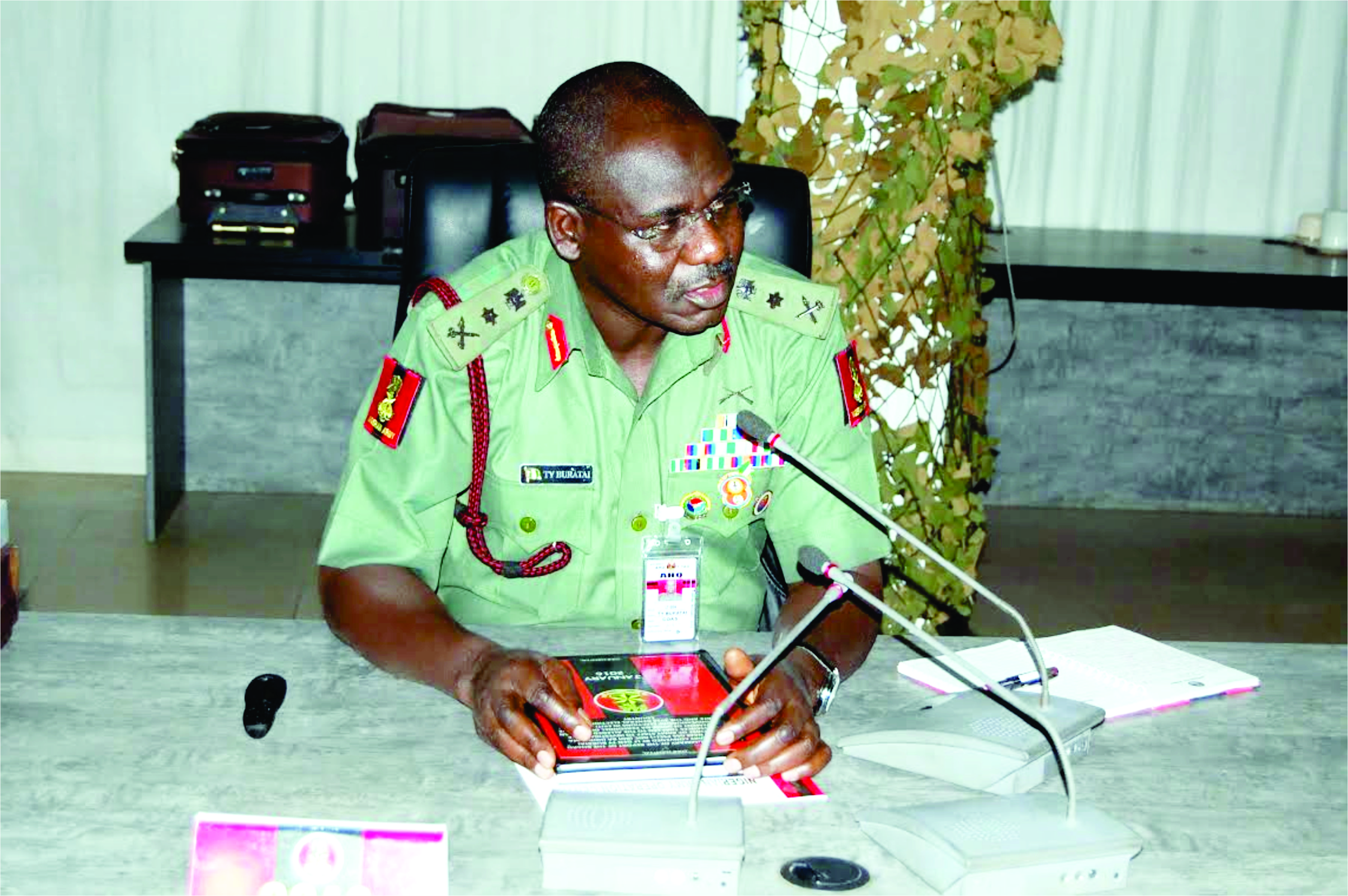 Share this on WhatsApp
Spread the love
COAS Gen. Tukur Buratai has clarified the pronouncement the Defence Headquarters made last Friday during the army Operation Python Dance kink-started in the southeast  was not tantamount to designation of IPOB as a terrorist organisation .
Many, including Sen. President Bukola Saraki, Ohaneze, and others,  have questioned the authority of the military to mark an an organisation a terrorist–when the Terrorism Prevention Act 2011 allows only the IGP, the president, and the court to do that.
“You have to get it very clear. First of all, what the Defence Headquarters did was to make pronouncement. It wasn’t a declaration per se. But this has given room for the right step to be taken. I think the government is doing the right thing,” he told newsmen yesterday in Ebonyi.
“It is not that we are overstepping our bounds. We are still within the limits. And I ensure you that what the military said was to set the ball rolling and to bring the awareness to the public that this is what this organisation is all about.”
The army chief also hinted  that the federal government has quietly followed the legal process by getting a court order to legalise such declarations.
“I’m happy that the government has done the right thing right now,” he said.
He assured the people of the South-east that the Army will abide by the rule of law and rules of engagement in carrying out its operation which kicked off on Saturday in the region.
Buratai said the exercise will help to bring about the much needed peace and security and also be used to train the military in basic internal security.
ALSO SEE: IPOB backers exposed
“The army have taken into cognisance the security of the people in deployment of its personnel for the operation.”
According to him, some of the activities of the exercise will include patrols, indoor battle exercises, civil-military cooperation activities like medical outreach, sanitation, donation of books to schools etc.
He, therefore, appealed for understanding, saying the exercise is to help improve security of lives and property within the zone.
In his response, Deputy Gov. Kelechi Igwe, who represented his boss David Umahi, promised that the people of the state will cooperate with the army throughout the duration of the exercise.
He said that the first edition of the operation last year was peaceful and successful and urged the military to carry out the exercise with high sense of discipline that the Nigerian military is known for.
Share this on WhatsApp
Related Topics:BiafraCOASGen Tukur BurataiIndigenous People of Biafra (IPOD)OhanezeOperation Python DanceSen. President Bukola Saraki
Up Next

This is how court orders INEC to recall Melaye