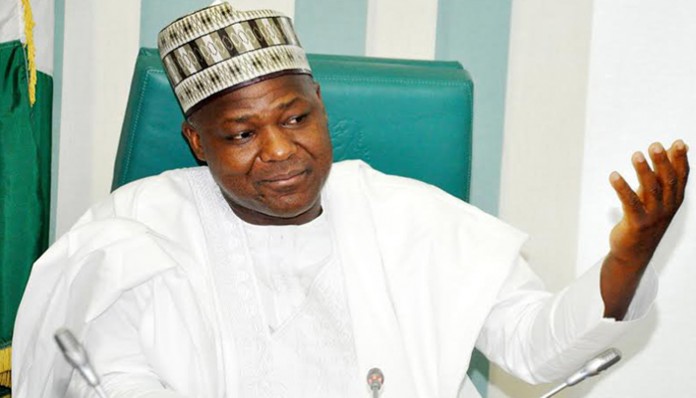 Some civil society groups in Nigeria have condemned a bill before the House of Representatives which “seeks to properly supervise, monitor and co-ordinate Civil Society Organizations (CSOs) and Community Based Organizations (CBOs) in Nigeria.”

The groups in a statement this Wednesday signed on their behalf by SERAP Executive Director, Adetokunbo Mumuni, expressed “deep concern that the National Assembly of Nigeria is pursuing anti-people and anti-civil society agenda by using its law-making powers to wage a deliberate campaign to shield its members from accountability.”

The statement reads in part: “The latest in the series of obnoxious and repressive bills being promoted in the National Assembly is the so-called bill to establish a regulatory commission to monitor the work of civil society organizations in the country, which passed second reading in the House of Representatives at a plenary session on 14 July 2016, under the leadership of Speaker Yakubu Gogara who is pushing, promoting and fast-tracking the bill.”

The bill clearly aims not only to undermine and frustrate the work of independent civil society and community organizations in the country but also to intimidate human rights and anti-corruption activists.”

“Like the anti-social media bill, the anti-civil society bill would seriously violate citizens’ human rights to freedom of expression, association and assembly, preventing them from freely forming organizations, meeting together and criticizing the abuse of legislative powers and allegations of massive corruption in the National Assembly. We believe that the bill demonstrates the National Assembly’s pattern of proposing anti-people and anti-civil society bills while at the same time promoting bills such as the immunity and life pension’s bills that serve their personal and financial interests.”

“We are deeply concerned that the bill if passed would outlaw anticorruption and human rights activism in this country. We believe that the bill is an attempt to divert public attention from the deepening crisis of public trust and confidence in the National Assembly.”

“Like the anti-social media bill, this anti-civil society bill is entirely unnecessary as Nigeria already has enough legislation such as the Companies and Allied Matters Act, the criminal code and the penal code and other common law provisions to address any purported issues of “defective operational values of such organizations that are left to operate within its own Constitution and sometimes within the whims and caprices of their donors.”

“We note that if any institution needs monitoring at the moment, it should be the National Assembly as it is common knowledge that the priorities of the Senate and House of Representatives in the past months have been to push for immunity for its principal officials against corruption; life pensions for members including former governors now serving in the National Assembly; and anti-social media bill which was temporarily dropped but we now understand the Senate has completed plans to bring back.”

“We consider the anti-civil society bill being promoted by the leadership of the House of Representatives as marking a new and disturbing pattern of repressive and anti-people’s bills being championed by the National Assembly.”

“We agree with Hon Oghene Emmanuel Egor (APC: Delta) who opposed the bill when he said that “the establishment of the [anti-civil society] Commission would defeat the aim and objectives of CSOs as it may attempt to manage and control funds received”, and that “it is not within the jurisdictions of the Federal Government to monitor funds that it did not donate nor have ownership of.”

“The bill also clearly amounts to interference and restriction of the work of independent civil society and community organizations in the country. The bill also directly violates constitutionally and internationally guaranteed human rights and the UN Declaration on the Right and Responsibility of Individuals, Groups and Organs of Society to Promote and Protect Universally Recognized Human Rights and Fundamental Freedoms adopted by the General Assembly in 1999.”

“The bill titled “A Bill to provide for the Establishment of Non- Governmental Organizations (NGO) Regulatory Commission Nigeria” was introduced by Umar Buba Jibril (Deputy Leader, PDP: Kogi) According to Jibril, the bill “seeks to properly supervise, monitor and co-ordinate Civil Society Organizations (CSOs) and Community Based Organizations (CBOs).”

“We note that Nigeria has many well-established and reputable civil society groups which have continued to promote transparency, accountability in governance and respect for human rights over many years. Civil society plays a crucial role both in helping draw attention to abuses by state agents and by providing support and services to victims of human rights violations.”

“We contend that if the governments of General Sani Abacha and Ibrahim Babangida as repressive as they were could not win the battle to clampdown on the civil society, this latest effort by the House of Representatives will fail woefully.”

“We further note that the anti-civil society bill amounts to regulation of the constitutional and internationally recognized human rights of Nigerians to freedom of expression and association and therefore constitutes a blatant affront on constitutional authority and legitimacy.”

“We also note that the United Nations, the African Union and the African Commission on Human and Peoples’ Rights have repeatedly affirmed the importance of civil society. human rights defenders. The Kigali Declaration, adopted by the African Union Ministerial Conference on Human Rights in May 2003, calls on African governments to “take appropriate steps to implement the UN Declaration on Human Rights Defenders in Africa.” The UN Declaration sets down a series of principles and standards aimed at ensuring that states fully support the efforts of human rights defenders and ensure that they are free to conduct their activities for the promotion, protection and effective realization of human rights without hindrance or fear of reprisals.”

“We therefore call the Speaker of the House of Representatives Yakubu Dogara to use his leadership position to ensure the withdrawal of the anti-civil society bill from the House. We will take all appropriate legal actions nationally and internationally to ensure that the bill is dropped and promote the rights to freedom of expression, association, and peaceful assembly in Nigeria.”