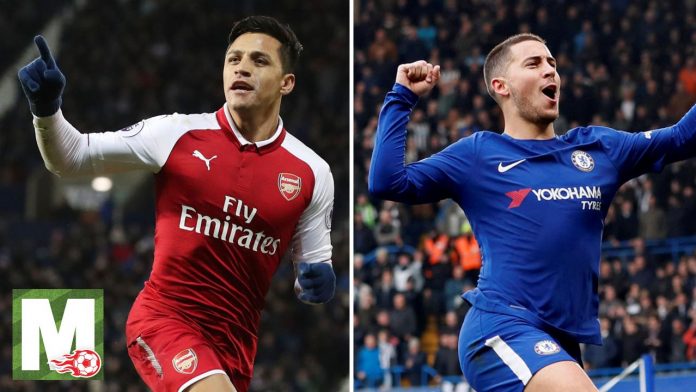 The two teams who missed out on Champions League qualification last season – Arsenal and Chelsea – changed managers at the end of the last campaign, with Arsene Wenger stepping down after 23 years in charge and Antonio Conte being sacked despite claiming the FA Cup trophy.

Maurizio Sarri’s Blues will host Unai Emery’s Arsenal at the Bridge and it will be the second weekend in a row where two of the country’s big six go up against one another.

The game is being shown live on BT Sport at 5.30pm on Saturday and ahead of the contest, the television broadcasters have put together a montage of some of the players who will take centre stage.

In the montage, the Blues and Gunners stars are asked a simple question: “Who is the greatest player to have played for your club?”

But Eden Hazard and Mesut Ozil had other ideas.

Rather than going back into the recent past, or even the distant past, the pair went for the here and now for their answers, in fact, they looked no further than themselves.

Bold claims from the pair, who will be looking to prove just that when the match comes around this weekend.