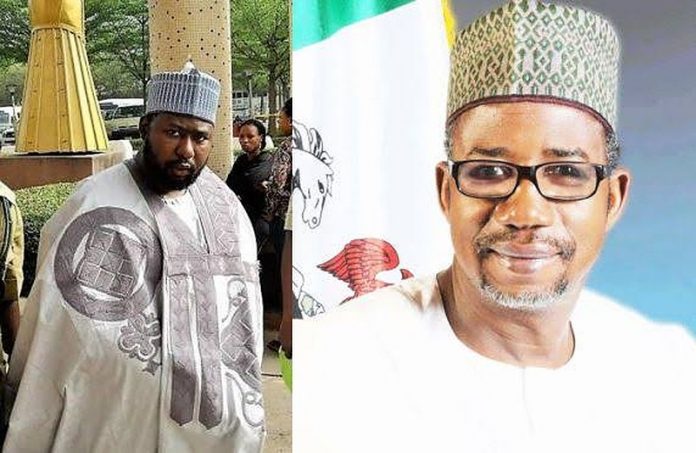 The Federal High Court, Abuja, has fixed Dec. 13 to rule on the no-case-submission filed by Shamsudeen Mohammed, son of Bala Mohammed, former Minister of the FCT.

The National Daily reports that Mohammed is facing a 15-count charge preferred against him by the EFCC on allegations of conspiracy, money laundering and forgery.

At the resumed hearing on Monday, counsel adopted their written addresses as their final arguments in the case.

Counsel to Mohammed, Mr Chris Uche, (SAN) prayed the court to uphold the no-case-submission on the ground that the prosecution had failed to establish a prima facie case against his client.

Uche told the court that his team had categorised the charges against his client into conspiracy, cash transactions and forgery.

According to him, the prosecution has failed to place any evidence before the court to prove any of these allegations.

“On the allegation that the first defendant (Mohammed) bought property with cash above the stipulated financial threshold, there is no single evidence to back this claim.

“All the persons to whom the cash transactions were made, not one of them was called as a witness to say that the first defendant gave him cash.

“On the allegation of forgery, not a single original document was brought to court for the court to compare and conclude that there was a case of forgery,’’ he submitted.

Uche argued that the entire case was one of transferred aggression, adding that it was based on a cocktail of speculations.

Counsel to the 3rd, 4th and 5th defendants also told the court that they had filed no-case-submissions and prayed the court to discountenance the charges against their clients who were all companies.

Responding, the prosecuting counsel, Mr Wahab Shittu, told the court that he had filed an 84-page response challenging the no-case-submission.

Shittu told the court that the prosecution had provided enough evidence as exhibits to show that Mohammed indeed made cash transactions above the required financial threshold.

He said some of the exhibits were receipts obtained from those who received the cash payment.

“My lord, we are not talking about the transactions made through the bank; it is the N80 million, N110 million and N219 million cash payments we are interested in.

“From the confessional extra-judicial statement of the defendant, he admitted that he brought the cash of N80 million himself,’’ he said.

The lawyer prayed the court to hold that Mohammed had a case to answer and that he should enter his defence.

After the prosecution had closed its case, Mohammed, rather than open his defence, told the court that he had no case to answer in the 15-count charge.

He told the court that the evidence of the prosecution against him was insufficient to prove the allegations against him.

The EFCC alleged that the four companies were used to launder the money listed in the charge.

The anti-graft agency alleged that Mohammed resorted to acquisition of houses within highbrow areas in Abuja which he paid for in cash, to conceal stolen funds at his disposal.

The EFCC alleged that Mohammed paid for the assets in excess of the statutory limit and without recourse to any financial institution.

The trial judge, Justice Nnamdi Dimgba, adjourned the matter to Dec.13 to rule on whether Mohammed and his co-defendants had a case to answer or not.