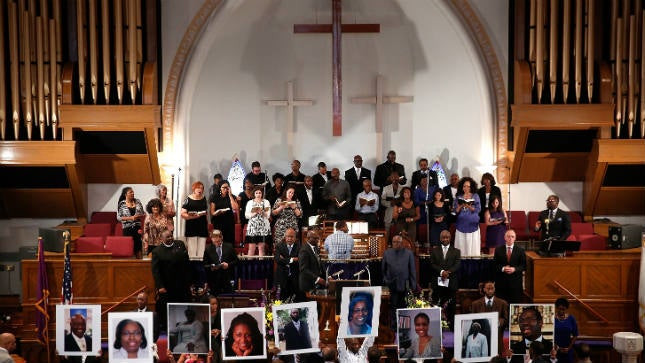 The families of nine people fatally shot in 2015 at a historically Black church in Charleston, South Carolina, have reached an $88 million settlement with the Justice Department in their lawsuit over the shooter’s weapon purchase.

Dylann Roof, a White supremacist, was convicted of federal murder and hate crimes charges for killing nine congregants during a Bible study program June 17, 2015. He was sentenced to death in 2017 and has appealed his conviction.

The widow of the Rev. Clementa Pinckney thanked supporters and those involved in reaching the settlement.

“Even though Clementa is not with us here physically, I know spiritually he is with us, and I know that he’s smiling down on us right now,” Jennifer Pinckney said.

“He will be missed, along with all the others that didn’t survive that night.”

The 14 plaintiffs filed civil cases against the FBI over accusations the agency was negligent in failing to prohibit the sale of the firearm Dylan Roof used in the massacre inside Mother Emanuel AME Church.

Bakari Sellers, one of the attorneys for the victims, said the settlement is a “big ‘F you’ to White supremacists of this country.”

He said the settlement of $88 million – $25 million split among survivors and $63 million split among the families for those killed is symbolic because the number 88 is a symbol of hate and was written on Roof’s shoes while he carried out the shooting.

“Domestic terror, White domestic terror, is a real issue in this country,” Sellers said. “These individuals were killed because they were Black. That attack was not on First Baptist, that attack was on Mother Emanuel AME Church. So let’s not misconstrue what this issue is.”