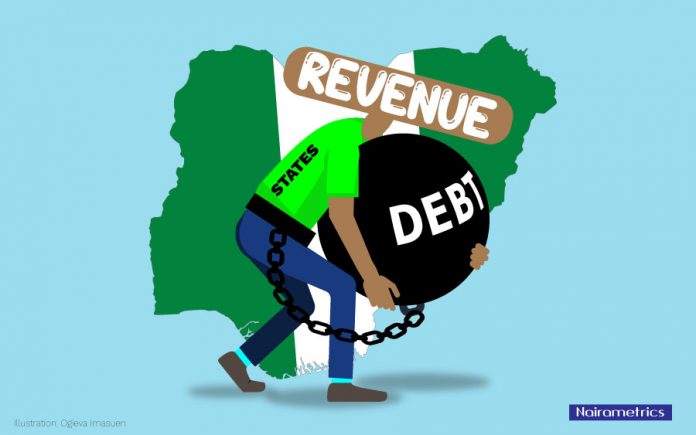 The federal and state governments have borrowed at least N107.1 billion from Nigerian banks in the first five months of this year to make up for revenue shortfalls.

This number was derived using Central Bank of Nigeria data on money credit to the economy from December of last year to May 2021.

The new borrowings during this period have pushed the total government’s debt to the banking sector to N12.5 trillion compared to N12.4 trillion it stood at as at December 2020.

READ ALSO: AfDB in talks with FG about writing off legacy debts in power sector

Although it dropped to N11.99 trillion in March, credit to the government closed April at N12.16 trillion before moving higher to N12.5 trillion in May.

This is in line with the CBN’s continued effort to compel Banks to boost their credit to the real sector of the economy so as to stimulate Nigeria’s economic growth.

According to the analysis of CBN data, private sector credit rose from N30.14 trillion in December to N30.64 trillion in January.

April and May credit to the private sector stood at N31.9 trillion and N32.1 trillion respectively.