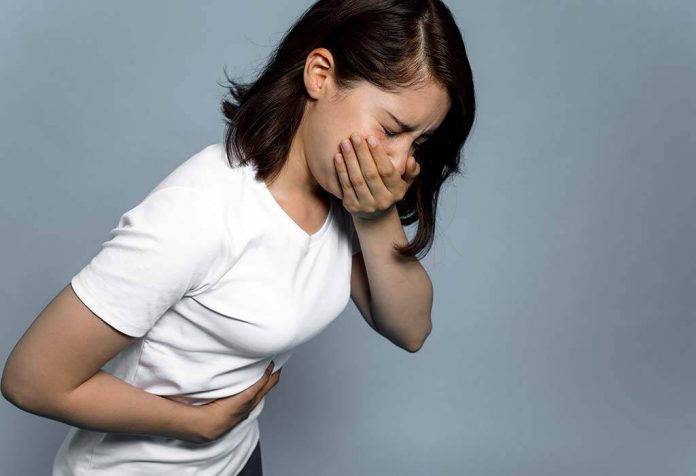 Nutritionists and other medical experts have listed seemingly harmless foods which are dangerous and may kill, and have therefore advised people to stay away from such foods.

Years ago, people were urged to replace saturated fats with vegetable oils to reduce their cholesterol levels and help prevent heart disease. However, a lot of evidence suggests that these oils actually cause harm when consumed in excess.

They’re high in polyunsaturated omega-6 fats, which contain multiple double bonds that are prone to damage and rancidity when exposed to light or air.

These oils are particularly high in omega-6 linoleic acid. While you do need some linoleic acid, most people today are eating much more than they need.

What’s more, cooking with vegetable oils is even worse than using them at room temperature. When they’re heated, they release harmful compounds that may further increase the risk of heart disease, cancer and inflammatory diseases.

READ ALSO: Foods you should eat at least 3-4 hours before bedtime

Bisphenol-A (BPA) is a chemical found in the plastic containers of many common foods and beverages.

The main food sources are bottled water, packaged foods and canned items, such as fish, chicken, beans and vegetables.

Studies have shown that BPA can leech out of these containers and into the food or beverage. Researchers have reported that food sources make the biggest contribution to BPA levels in the body, which can be determined by measuring BPA in urine.

The recommended daily limit of BPA is 23 mcg/lb (50 mcg/kg) of body weight. However, 40 independent studies have reported that negative effects have occurred at levels below this limit in animals.

You can reduce your BPA exposure by looking for BPA-free bottles and containers, as well as by eating mostly whole, unprocessed foods.

Trans fats are the unhealthiest fats you can eat. They’re created by pumping hydrogen into unsaturated oils in order to turn them into solid fats.

Not surprisingly, eating them can lead to a number of serious health problems.

Researchers who looked at data from 730 women found that inflammatory markers were highest in those who ate the most trans fats, including 73% higher levels of CRP, which is a strong risk factor for heart disease (31).

In one study looking at the effects of several different fats in healthy men, only trans fats increased a marker known as e-selectin, which is activated by other inflammatory markers and causes damage to the cells lining your blood vessels.

In addition to heart disease, chronic inflammation is at the root of many other serious conditions, such as insulin resistance, type 2 diabetes and obesity.

Red meat is a great source of protein, iron and several other important nutrients. However, it can release toxic by-products called polycyclic aromatic hydrocarbons (PAHs) during certain cooking methods.

When meat is grilled or smoked at high temperatures, fat drips onto hot cooking surfaces, which produces volatile PAHs that can seep into the meat. Incomplete burning of charcoal can also cause PAHs to form.

Researchers have found that PAHs are toxic and capable of causing cancer.

The strongest association appears to be between grilled meats and cancers of the digestive tract, especially colon cancer.

Cinnamon can provide several health benefits, including lower blood sugar and reduced cholesterol levels in people with type 2 diabetes. However, cinnamon also contains a compound called coumarin, which is toxic when consumed in excess.

Two of the most common types of cinnamon are Cassia and Ceylon.

Cassia cinnamon contains much higher levels of coumarin, which is linked to an increased risk of cancer and liver damage at high doses.

READ ALSO: If you’re bitten by a dog, do these 7 things and eat these 8 foods for fast healing

Sugar and high-fructose corn syrup are often referred to as “empty calories.” However, the harmful effects of sugar go way beyond that.

Sugar is high in fructose, and excess fructose intake has been linked to many serious conditions, including obesity, type 2 diabetes, metabolic syndrome and fatty liver disease.

Excess sugar is also linked to breast and colon cancer. This may be due to its effect on blood sugar and insulin levels, which can drive tumor growth.

One observational study of more than 35,000 women found that those with the highest sugar intakes had double the risk of developing colon cancer as those who consumed diets lower in sugar.

While small amounts of sugar are harmless for most people, some individuals are unable to stop after a small amount. In fact, they may be driven to consume sugar in the same way that addicts are compelled to drink alcohol or take drugs.

Most types of fish are extremely healthy. However, certain varieties contain high levels of mercury, a known toxin.

Seafood consumption is the largest contributor to mercury accumulation in humans. This is a result of the chemical working its way up the food chain in the sea.

Some fish, such as king mackerel and swordfish, are extremely high in mercury and should be avoided. However, eating other types of fish is still advised because they have many health benefits.

The benefits of eating these omega-3 rich fish far outweigh the negative effects of small amounts of mercury.