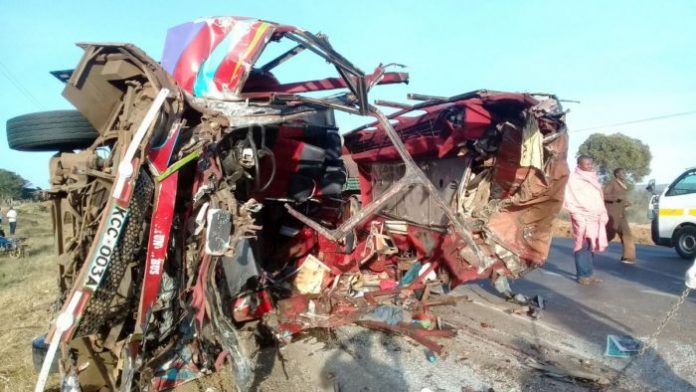 Nineteen passengers were burnt to death on Saturday in an accident along the Akure-Owo Expressway in Ondo State.

Confirming the incident, the Public Relations Officer of the Ondo State Police Command, Femi Joseph, said that bodies of the victims had been deposited at the mortuary of the Ondo State General Hospital in Akure.

He explained that the accident involved a fully loaded 18-seater bus moving towards Abuja and a lorry moving in the opposite direction.

Mr Joseph said the lorry had a head-on collision with the bus while trying to avoid a pothole on the road, after which the bus went up in flames with no single survivor.

“The 18 people burnt without a survivor, while the lorry driver and the motor boy ran away to unknown destination.

“The cause of the accident was as a result of the lorry dodging a pothole when it swerved and had a collision with the bus going to Abuja while coming from Owo.

The police said it was making effort to trace the fleeing driver of the lorry.