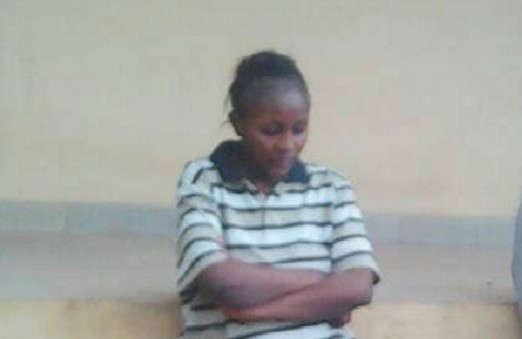 Share this on WhatsApp
Spread the love
A 17 year-old marriage came to an end as a 39-year-old housewife, Mrs. Omotayo Salawudeen, confessed to supervising the killing of her husband.

Omotayo confessed in Osun state on Monday how she hired a 24-year-old man to kill her husband she lived with in the last 17 years of their marriage.
To fast track the death of her husband, Alhaji Hakeem Salawudeen, the wife revealed that she used pillow to suffocate him while the hired assailant stabbed him to death.
Omotayo, who said she carried out the evil act after she had had sex with her husband,
explained that she didn’t know the devil that entered her claiming that the husband loved her so much not to deserve that kind of death.
“I choked him with pillow after having sex with him; and Dolapo stabbed him to death with a knife.
“I hired Oladapo Dolapo to kill my husband. I married him 17 years ago and we have three children whose ages are 12, 15 and 17 respectively.
“He did not offend me, I was just mad at him and never knew what came over me. In fact,
I regretted taken such mad action because I didn’t know it would end this way.”
ALSO SEE: Masquerade kills student in Imo
According to the hired killer, Oladapo, also confessed killing the victim after he was hired by the wife who assisted him to perfect the evil act using pillow to block his nose.
Oladapo said “I was hired by Omotayo to punish her husband and she promised me anything I wanted provided the evil plot was successful.
However, explaining how they arrested the culprits, the Osun State Commissioner of Police, Mr. Fimihan Adeoye, noted that a relation of the deceased actually reported the matter to the police while his men swiftly swung into action and apprehended them.
Adeoye reiterated that their own investigation revealed that Omotayo apart from hiring Oladapo actively participated in killing her late husband.
They will be charged to court after the ongoing investigation is concluded, CP Adeoye reiterated.
Share this on WhatsApp