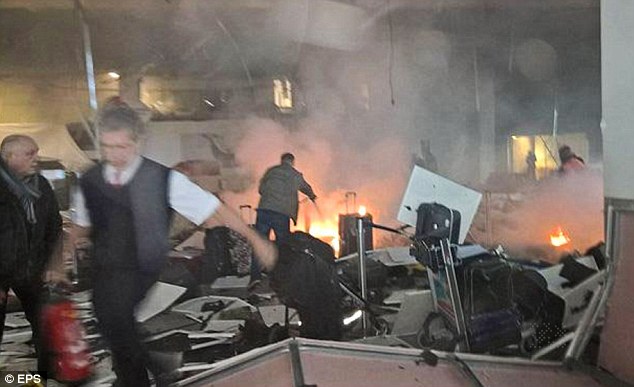 A gun and bomb attack on Istanbul’s Ataturk international airport has killed 36 people and injured more than 147 in Tuesday’s evening terrorist attack.

It was learnt that three attackers dressed in black dresses opened fire near an entry point to the terminal and blew themselves up after police fired at them.

Prime Minister Binali Yildirim said early signs suggested that the so-called Islamic State was behind the attack even though there are other indications that Kurdistan Worker’s Party (PKK) might be responsible.

However, no one has claimed responsibility for the dastardly attack.

Recent bombings have been linked to either IS or Kurdish separatists.

In what seem to be a major co-ordinated assault, it was gathered that the Ataturk airport was long seen as a vulnerable target, an official says.

Turkish President Recep Tayyip Erdogan, said the attack should serve as a turning point in the global fight against militant groups.

“The bombs that exploded in Istanbul today could have gone off at any airport in any city around the world,” he said.

Responding to the attack, the US called the attack “heinous”, and added that America remained “steadfast in our support for Turkey”.

German Foreign Minister Frank-Walter Steinmeier said: “We grieve for the victims. We stand by Turkey”.

While Mr Yildirim said foreigners were likely to be among the dead, Justice Minister Bekir Bozdag put the number of injured at 147.

Footage shows how one of the attackers fell and injured himself while running but a police officer shot at him, but detonated a suicide belt as he was lying injured on the ground.

Flights in and out of the airport were suspended after the attack as the US Federal Aviation Administration grounded all flights between the US and Istanbul.

It was also learnt that taxis were used to rush casualties to hospital after the attack.

“We came up from the arrivals to the departures, up the escalator when we heard these shots going off. There was this guy going roaming around, he was dressed in black and he had a handgun.”

Charles Michel, the Prime Minister of Belgium whose capital city was targeted by bombers in March said from the EU summit in Brussels: “Our thoughts are with the victims of the attacks at Istanbul’s airport. We condemn these atrocious acts of violence.”

Turkey has had several terrorist attacks this year. In June 7 at Istanbul, a car bomb kills seven police officers and four civilians, an attack carried out by Kurdish militant group (TAK).

In 19 March, a Suicide bomb kills four people in shopping street and IS was blamed for the attack. In the same month, 13 March, this time in Ankara, a car bomb kills 34 and was claimed to have been carried out by TAK.

Also in 17 February, in Ankara, 29 people were killed in attack on military busses, while in 12 January in Istanbul, 11 Germans were killed by Syrian bomber in tourist area.

Also last year December 23, 2015, bomb kills cleaner at Istanbul’s Sabiha Gokcen airport, an act linked to TAK. While in 10 October in Ankara, more than 100 were killed at peace rally outside railway station, an act attributed to IS.

However, in 20 July, in Suruc, near Syrian border, 34 people were killed in bombing in Kurdish town as IS was blamed for the attacks.

It was gathered that more than 61 million passengers travelled through Ataturk airport in 2015.

However, following the attack, the airport is said to have reopened for flight operations. 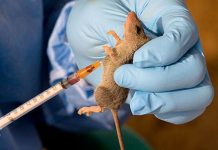 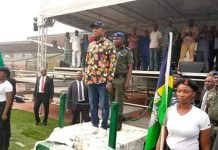