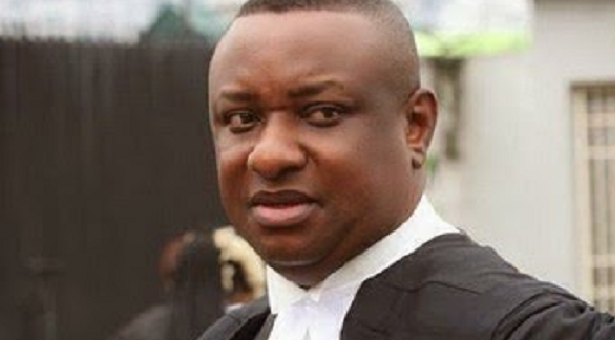 Festus Keyamo, alongside other government officials who stayed away from Twitter as a result of the ban placed by the FG, has returned to the social media platform after the ban was lifted.

Upon his return, the Minister for Labour and Employment stated that Nigeria is a better nation after Twitter met its conditions.

He said this while criticizing those who “prioritized politics over patriotism” following Twitter’s suspension in Nigeria.

The National Daily reports that the Nigerian government suspended Twitter in June 2021 shortly after President Muhammadu Buhari’s tweet was deleted.

The microblogging site was given conditions to met by the Federal Government before the suspension would be lifted.

On January 13th, the ban on Twitter was finally lifted in Nigeria after Twitter met the conditions.

Tweeting for the first time after the ban was lifted, Keyamo wrote: “For those who prioritised politics over patriotism and

and exhibited disingenuous righteousness on Twitter suspension, they can now see that with all the FG conditions to which Twitter agreed, Nigeria is eventually better off for it. Congratulations Nigeria.” 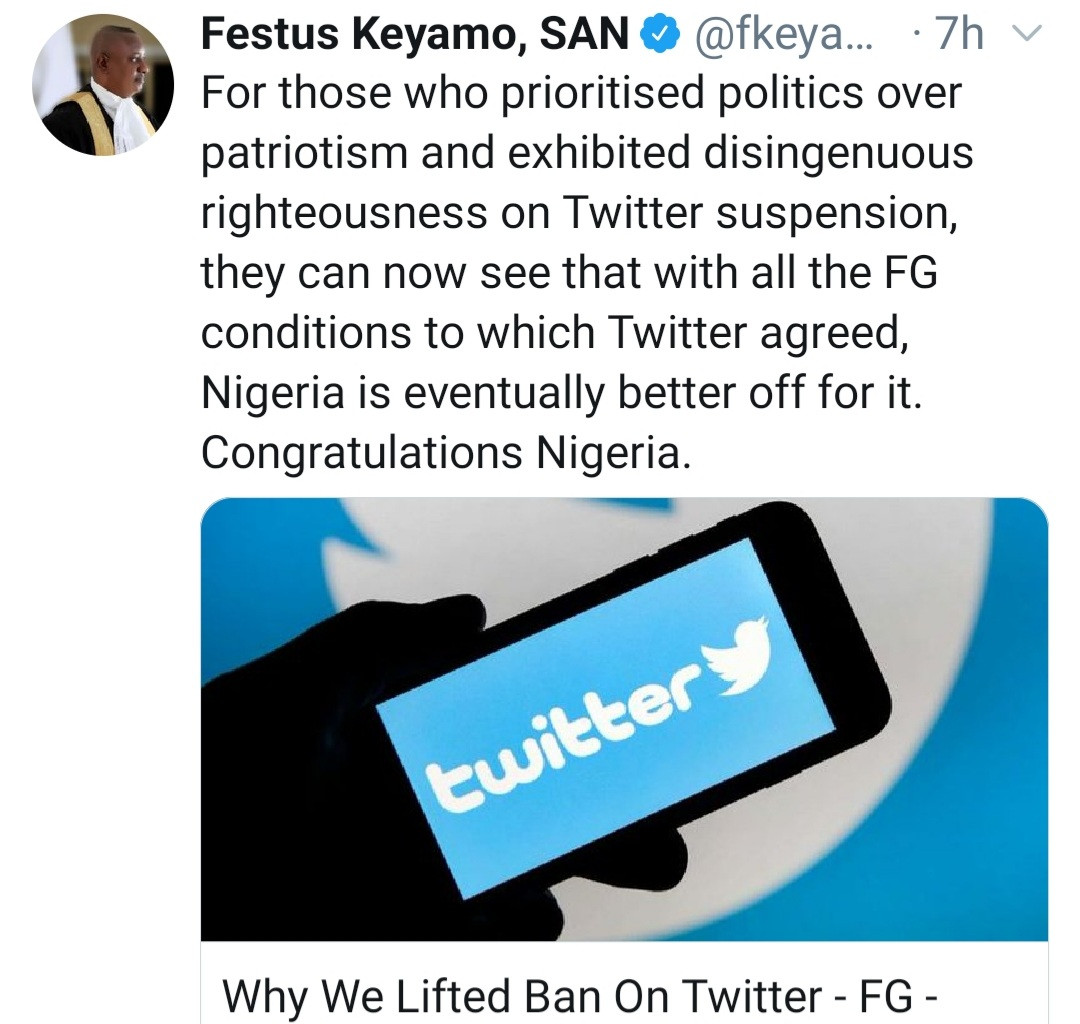