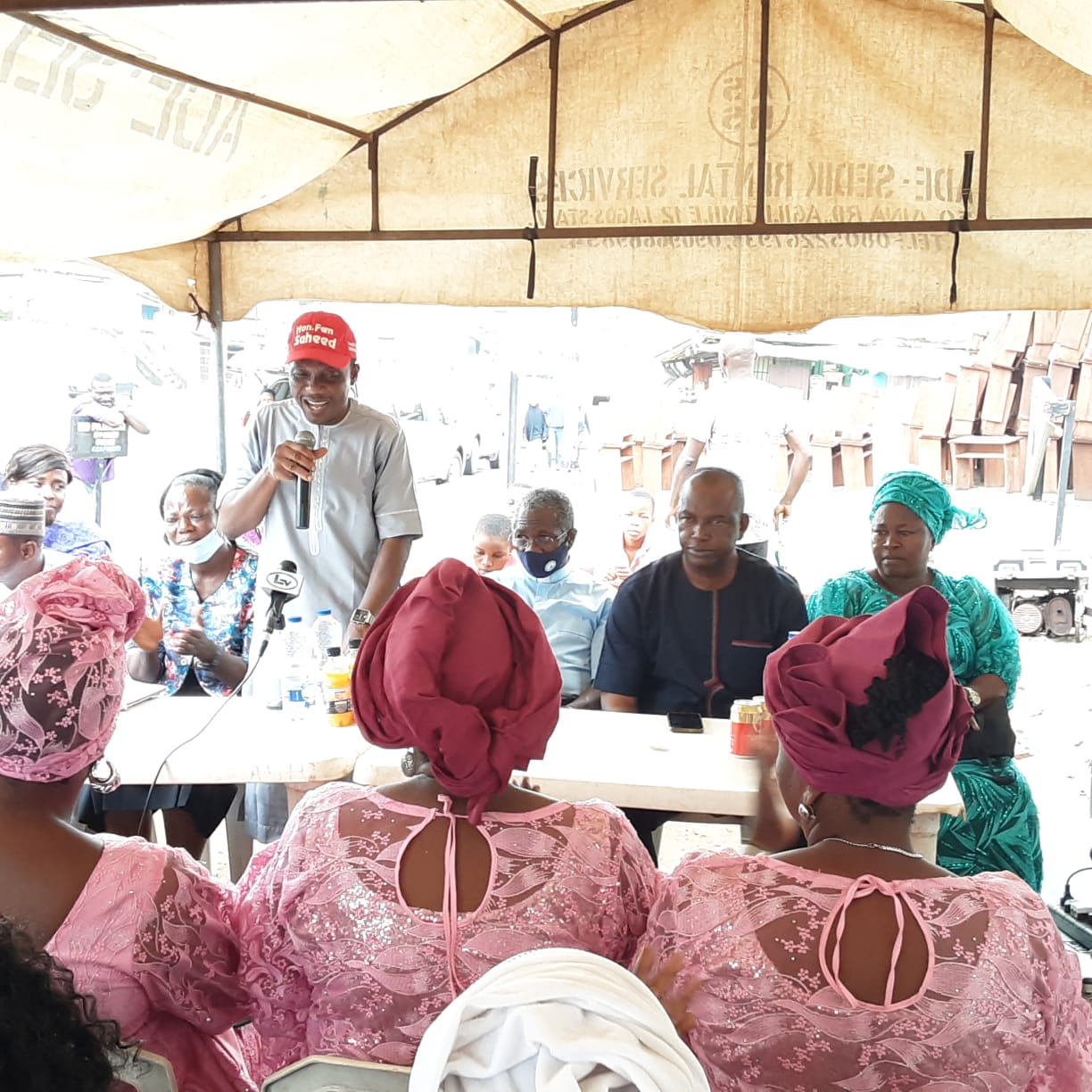 Share this on WhatsApp
Spread the love
Hon. Femi Saheed the legislator representing Kosofe Constituency II at the Lagos State House of Assembly, has affirmed his passion for education by donating desks and chairs to schools in his constituency, comprising Agboyi-Ketu and Ikosi-Isheri Local Council Development Areas (LCDAs).
Six Primary schools within the constituency benefited from the pilot phase of the lawmaker’s kind gesture, these includes; Aina Memorial, Maidan, Agboyi-Odo, Orisigun, Ajelogo and Ikosi.
The Executive Secretary of Education Mr. Shoneye Babatunde who was represented by Mrs. Adewunmi Feyikemi, Head of Planning Research and Development received over 400 desks and chairs, noting that it is a apt intervention from the lawmaker to give more comfort and engender a conducive ambience for the pupils as they study.
The grassroots politician, Hon. Saheed emphasized his believes in giving back to the society and complementing the state government’s efforts. 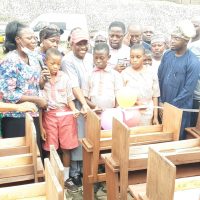 He said: “The Lagos State government has been trying to revamp education, and I believe the onus is on me to support this commitment in making sure the students have enough writing materials and other aids to boost their learning capacity.
“I have been a grassroots person. I have my family in public schools. I know what the government is doing in all facets of education, and I feel doing this will add quality to what the government is doing.
“The people should also expect something bigger. We will be providing a free school bus when school resumes by the grace of God. Even for entertainment, we are planning a programme which will hold soon to engage our youths positively.
“If you are representing your people, you need to be closer to them for you to feel their pulse so that as the need arises, you will be there to fashion out ways to ameliorate them.”
Head Teacher of Aina Memorial Primary School Mrs. Rukayat Raheemi thanked the lawmaker for the gesture, saying the donation would have a positive impact on teaching and learning.
She said: “There isn’t enough furniture but this will add to the ones available and make pupils more comfortable while learning. We expect more grand gestures from him; the falling ceilings in our classrooms, erosion disturbing us, and we need more white boards.
“Honourable Saheed has shown a good example, he has shown he is a man of the people and I pray the Lord will see him through.”
Some pupils, Njoka Victory and Adefadun Folashade, thanked the lawmaker for the gesture, and asked him to do more for their school by providing school bus, marker board, and others.
Share this on WhatsApp
Related Topics:
Up Next