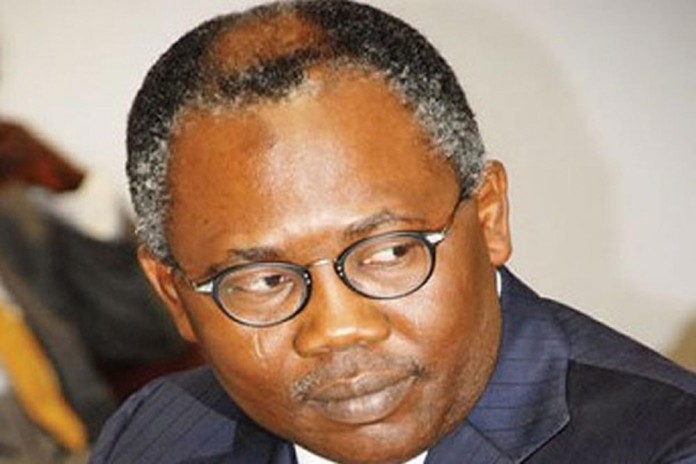 Former Attorney-General of the Federation (AGF) and Minister of Justice, Mohammed Adoke (SAN), has told the High Court of the Federal Capital Territory to set aside the order of arrest it issued against him.

Justice Danladi Senchi had on April 17 issued the arrest warrant against Adoke and five other suspects named in the Economic and Financial Crimes Commission’s (EFCC’s) application.

But lawyer to the former AGF, Chief Mike Ozekhome (SAN), on Tuesday told the court in an application that the arrest warrant was issued against Adoke “without jurisdiction and ought to be set aside.”

He based his argument on the basis that the EFCC failed to disclose vital information of a judgment of the Federal High Court in Abuja delivered on April 13, 2018, which held that he “cannot be held personally liable for carrying out the lawful/approvals of the President while he served as a Minister of the Government of the Federation”.

According to Ozekhome, “As long as the judgment has not been set aside, it remains binding on all parties as well as their agents, servants, or privies, the respondent herein inclusive.

“That the bench warrant issued by this honourable court, on April 17, 2019 against the applicant herein was issued in breach of the applicant’s judgment right, as provided for in section 36(1) of the Constitution of the Federal Republic of Nigeria, 1999 as altered.”

Likewise, the foreigners among the suspects – Casula Roberto, Pujatti Stefeno and Burrafato Sebastiano – filed a joint application seeking an order setting aside the arrest warrant.

They argued in an application filed on their behalf by their lawyer, Mr. Joe Kyari-Gadzama (SAN), that the court was misled in issuing the arrest warrant against them.

The EFCC had filed an ex parte application to the court over the suspects’ alleged involvement in the $2.1 billion Malabu oil scam.

Aside Adoke, others who the court issued arrest warrant were a former Minster of Petroleum Resources, Dan Etete, Raph Wezels, Casula Roberto, Pujato Stefeno and Burrato Sebastino, and Aliyu Abubakar.