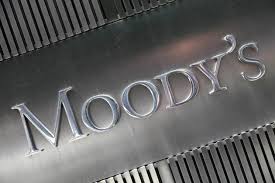 Commercial Banks in the country risk losing their customers due to the rising popularity of the Financial Technology (FinTEC) firms in the financial services sector.

In a new report by global rating agency, Moody, commercial banks are likely to lose out in the market due to their lack of infrastructure to rival new web payment solutions that allow customers to hold deposits and carry out transfers with an e-wallet, disregarding the need for on-counter business transactions or even the need to be close to a bank, especially as regards to retail banking which will affect banks negatively.

Recall that the Central Bank of Nigeria has already taken steps to introduce a Payment Service Bank (PSB) initiative which will give more prominence to FinTechs and Mobile Network Operators over commercial banks.

The governor of the Central Bank of Nigeria, Godwin Emefiele has continued to make policies easier for FinTechs to thrive. In his new 5-year tenure, which has already begun, Emefiele promised to leverage on the use of unstructured supplementary services database (USSD) codes, and mobile banking, to drive financial inclusion in the country.

Interested Telcos in this new venture are MTN, Airtel, 9mobile, Ntel and Globacom.

In the report, Moody also observed that certain banks had already positioned themselves for this competition by buying robotic and tech services from the fintechs.

However, reacting to the report, Dr. (Mrs.) Olayinka David-West of the Lagos Business School, said that the FinTechs companies would be not be able to displace the banks in their competition for the market share.

Ifie Sekibo, the Managing Director of Heritage Bank Limited, described the PSB as drivers that would usher several people into the financial inclusion target.

While a rivalry might be brewing, Sekibo insisted that Fintechs would never be able to lend money.

The major argument pushed forward is that FinTechs do not have a know-your-customer (KYC) database.