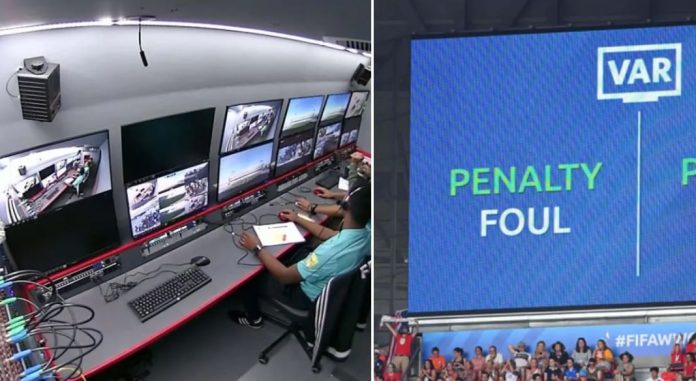 The Royal Moroccan Football Federation (FRMF) recently became the first FIFA member association from Africa to obtain the authorization of the International Football Council (IFAB) to use the Video Assistance Referee.
And on November 9, the technology made its debut in one of the semi-finals of the 2018-2019 Throne Cup, with Tihad Athletic Sportif of Casablanca defeating Difaa Hassani of El Jadida 1-0 at the Grand Stade de Tangier to book a place in the final.

The winning goal, which was scored by Ali Acha in extra time after regular time had ended goalless, was as a result of a penalty, which saw referee Samir Guezzaz consulting the VAR twice.

Hassania from Agadir and Moghreb from Tetouan will go head to head on November 10, 2019 at the Grand Stadium in Marrakech, in the other semi-final of the Throne Cup which will also feature the VAR.

The Kingdom of Morocco thus becomes the first country on the African continent to use the VAR technology in local competitions.

The FRMF Steering Committee officially decided to use the VAR in the semi-finals and final of the Throne Cup after a thorough presentation by the Central Commission of Arbitration on final preparations for the application of the technology. The presentation was done at a meeting of the steering committee held last Monday at the headquarters of the Federation.

The final of the Throne Cup is scheduled for November 18.