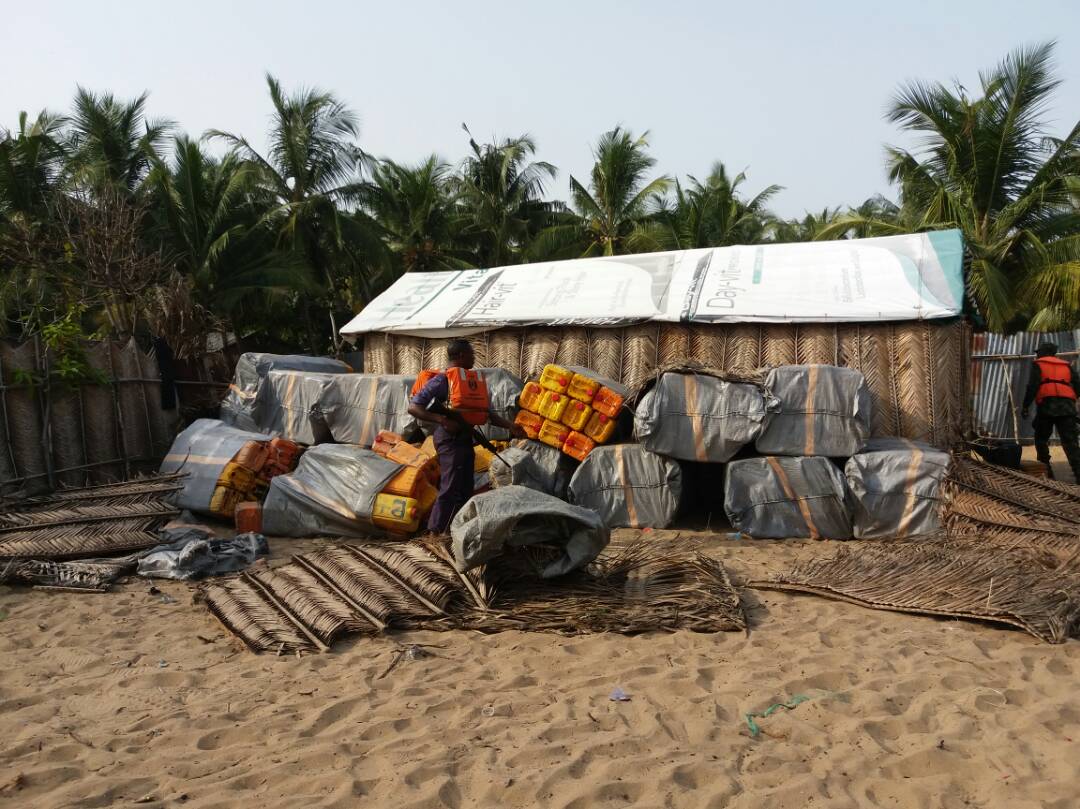 Admiral Eno who spoke with journalists at the command in Apapa, Lagos said the navy raided the environment based on intelligence reports.

At idimagoro, it was discovered that the Jerry cans used to siphon the products were carefully hidden and covered with trees. 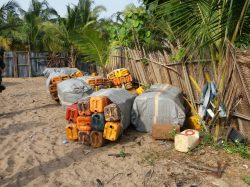 Eno, however, said the base monitored the activities around that area for about three weeks to ascertain the veracity of the information before they struck even though no arrest was made.

According to him, “On December 14, about 8.10am, a detachment of personnel from the NNS Beecroft raided the locations and discovered a storage facility having over one 1,500 jerricans.

“1,330 of the Jerricans contained product suspected to be premium Motor Spirit(PMS) believed to have been siphoned from the Nigerian National Petroleum Corporation (NNPC) pipelines laid on the island.

“The team also discovered the siphoning points where valves were connected by the vandals to steal the product.

“It is pertinent to note that NNPC pipelines laid on Atlas Cove island are under the supervision and care of Top Line Security Limited/Kings Guard Security Company.

“It is obvious that these acts may not have gone unnoticed by these private security outfits,” he said.

Eno said the Navy under the current leadership of the Chief of the Naval Staff, Vice Admiral Ibok-Ette Ibas was determined to rid our waterways and hinterland of all forms of criminality.

“NNS Beecroft is, therefore, committed to assisting NNPC deal with the issue of pipeline vandalism and crude oil theft.”

Admiral Eno added by warning pipeline vandals and other criminal elements particularly within the maritime environment to desist from nefarious activities and pursue lawful means of livelihood.

On the seized jerry cans filled with PMS products, Admiral Eno said his command would hand it over to the NNPC. Also, the residents refused to speak on the recovered cans and products in their dwelling areas.