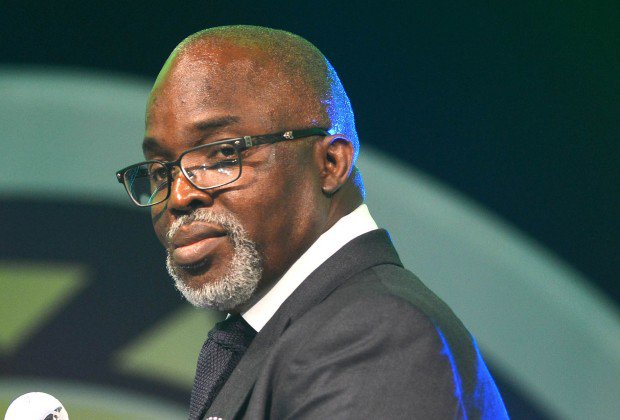 Amaju Pinnick, the President of the Nigeria Football Federation (NFF), has announced that he won’t be vying for a third term when his current tenure expires in September.

This is coming after immense pressure from many calling for Pinnick to resign following Nigeria’s failure to qualify for the 2022 World Cup.

Mr Pinnick, however, on Friday April 8, cleared the air on his purported third term to contest for the NFF top position, while admitting that his involvement in football administration over the years has taken a toll on his family.

Speaking on Arise TV, he said : “It has been a very turbulent ride for Nigerian football. I’m eligible to run according to the statutes.

“Do I want to run? It’s a no-no. My family is very key to me. They said it’s taking a toll on me and the family.

“They believe that I’ve done my best, and it’s time to move on. It’s a regrettable decision, but it’s the best,” Mr Pinnick revealed.

Share this on WhatsApp
Related Topics:callsdropsNFF PresidentResignationthird term bid
Up Next