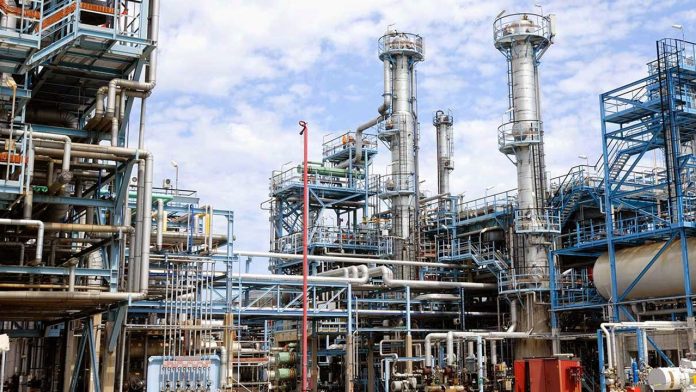 Barring unforeseen circumstances, President Muhammadu Buhari, and his Nigerien counterpart, Mahamadou Issoufou will in few weeks (days) time sign a Memorandum of Understanding (MoU) on the planned 100,000 barrels per day (bpd) refinery to be located on the Katsina border with Niger Republic.

Is it not interesting that Nigerians would have completely been oblivious of this joint project if not that the Minister of State for Petroleum Resources, Ibe Kachikwu, made a podcast on “the refineries and local production capacity,” where he disclosed that the Niger-Nigeria refining relationship is one project in Nigeria’s Greenfield Plan being pursued by the Federal Government.

As said by the Minister on the podcast, “We have the private sector relationship to build 100,000bpd refinery there. Both governments have largely reached a Memorandum of Understanding (MoU). In July, the two Presidents will be in Nigeria to sign- off on the negotiated basis of this relationship, and then, the private sector will be asked to put in the funding that they’ve indicated that they have.

“We are almost concluding the MoU to build the pipeline from Niger to Nigeria since the outfit would be utilising Niger crude though of slightly lesser quality than Nigeria’s. So, we have agreed to build the pipeline to the border town between Niger and Nigeria, which is in Katsina State.”

Is there anything wrong with the brains of our people in government as manifested in the way they reason and the decisions they make? If the Katsina-Niger refinery is going to be purely a private-sector initiative, why is our President who also doubles as Nigerian Minister of Petroleum Resources and the Nigerien President signing an Agreement on behalf of their countries? Is the MoU not supposed to be between the private investors or between them and Nigerian government on one hand and Nigerien government on the other?

Why is our NNPC involved in the project? Is the NNPC the technical partner or a joint venture partner? So many questions! If the private investors have agreed that they have the money for the project, one would have expected them to be asking Nigeria just for the license to build the plant at the Katsina border. Also they should on their own work out a crude oil supply agreement with Niger Republic. Why drag our president into this purely private initiative as we were told?

What does it mean for the Nigerian president and his Nigerien counterpart to sign an MoU on a refinery project, is it not that the two countries are jointly executing the project? You see where the deceit lies!

Simply because we could no longer take the Nigerien crude into our own refineries as was secretly pushed for the Kaduna Refinery by the operators of NNPC, so we will build a 100, 000 barrels per stream day refinery near them. Is it not clear that there is an outright conflict of interests in this arrangement with Niger Republic? Why is it that people in leadership position in this country find it very difficult to learn and correct themselves?

Availability of crude oil feedstock to our three refineries as result of breaches on the supply lines is only a meagre part of the problem why our refineries have remained comatose all these years. From all indications now, there are people both inside and outside the NNPC who are working assiduously to ensure the refineries don’t work at all. Ofcourse how do you expect them to allow the refineries work when few people are raking –in billions of dollars on monthly basis from the crude-for-product swap arrangement that has forced the country to depend almost 100 percent on imported fuel?

Severally it has been said that the security agencies may not be telling us all they know about breaches on our crude oil supply lines which has been alleged to be sponsored most times by different interest groups including people in the NNPC, oil majors, crude-for-product contractors, and then buyers of stolen Nigerian crude.

The question is: whose responsibility is it to thoroughly investigate the allegations of sabotage by people in and around government and put measures to checkmate them? Is it not these same people who are going to Niger to build refinery under the pretence of finding solutions to the perennial scarcity of petroleum products in the country?

If the President and his NNPC can hurriedly package this Niger Republic deal, why has it become impossible to also get the same private sector investors to cite refineries in areas within Nigeria where they may not even need over 1000 kilometres of crude oil pipelines? You see that there is something not very straight in Niger Refinery deal!

Although this may sound like a conspiracy theory, from all indications, what is unfolding may be part of the initial plan by those that built the Kaduna refinery in 1985 to run on imported crude oil grades for its processes. Those who know would confirm that in the first instance and for whatever reasons, the Kaduna Refinery was not even designed to process crude oil from the Niger Delta. On the orders from those who were in charge then, Chiyoda Chemical Engineering and Construction Company (now Chiyoda Corporation) of Japan designed the Kaduna refinery to process heavy/paraffinic crude oil grades alien to the light and sweet grades that abound in our country.

Is it not clearer why the NNPC recently proposed  an almost 2000 kilometre- pipeline to collect crude oil feedstock from the Agadem oilfield in Niger Republic for the Kaduna Refinery that has at best remained a mere “kporfire” cooking stove?

Except the federal government convinces Nigerians that the “Nigerien alternative” represents the first phase of similar Greenfield consideration, it will be very difficult to tell anyone that such initiative is not clannish and with some clandestine motives.

Shamefully, our government and our NNPC are going to build a refinery at the Katsina Border for Niger Republic just as Nigeria’s existing  three refineries are performing at a combined installed capacity utilisation of less than 10 percent. Up Nigeria!

The country’s refineries recorded an operating deficit of N11.89 billion, in the first quarter of this year according to the NNPC March 2018 report. The report attributed the loss to “the refineries’ downturn with high cost of operations.”

How can our leaders be making pronouncements and taking decisions that give credence to allegations by some disgruntled Nigerians that certain people in government came to push clannish agenda? Am just wondering! God help Nigeria o!

Charly Boy reacts after Bishop Kukah called for the disbandment of...

2023 presidency: Okupe raises alarm over pressure on Obi to step...