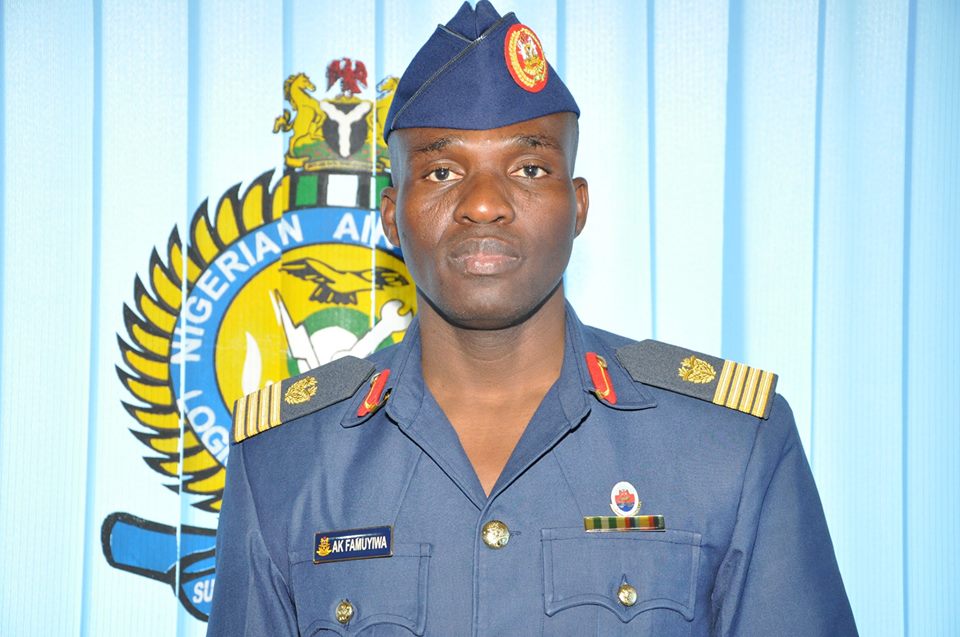 The Nigerian Air Force has announced the appointment of a new Director of Public Relations and Information (DOPRI). He is Group Captain Ayodele Famuyiwa.

In a statement by Wing Commander B.I Okon in Abuja said Group Captain Famuyiwa replaces the former Air Force spokesman, Air Commodore Dele Alonge, who has been moved to the Defence Headquarters as Theatre Information Officer.

Alonge’s appointment was created recently specifically to handle media operations following the restructuring that took place at the Defence headquarters with a view to making it more efficient with respect to the on-going counter insurgency operation in Northeast Nigeria in order to effectively counter the Boko Haram insurgents under OPERATION LAFIYA DOLE.

Group Captain Famuyiwa until now was the Deputy Director of Public Relations and Information at the Headquarters Nigerian Air Force. He enlisted into the Nigerian Air Force on 17 August 1990 as a member of Nigerian Defence Academy Regular Course 42. He graduated from NDA on 16 September 1995 with BSc (Hons) Chemistry, emerging the Best Graduating Cadet in the Chemistry Department and Faculty of Science, and the overall Best-All-Round Air Force cadet in his set.

He is also an alumnus of the Nigerian Institute of Journalism (NIJ) Ogba-Lagos where he obtained his postgraduate diploma in Journalism. He also holds Diploma in Public Administration, from the Moshood Abiola Polytechnic, Abeokuta in Ogun state.

Group Captain Famuyiwa had in the past served in various Units and Commands in the Nigerian Air Force as a Public Relations Officer, including the Military Pensions Board where he was the first PRO. He was also the Information Officer at the Logistics Command of the Nigeria Airforce in Ikeja, Lagos.

He is a member of several professional bodies including the Chartered Institute of Personnel and Development (CIPD), United Kingdom. He is also a member of the prestigious global Chevening Community with over 44,000 alumni worldwide.