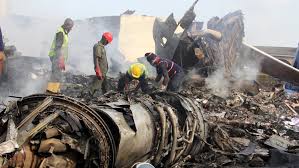 The Nigerian aviation industry ranked as one of Africa’s worst in terms of fatal air mishaps.

Beginning with the November 1969 Vickers VC-10 airplane that killed 87 passengers when it crashed in Lagos against trees to the September 1992 Locheed crashing of C-130H Hercules near Lagos which led to the death of 158 occupants.

More recently, in 2005, Bellview Airline Boeing 737 crashed also in Lagos sending another 117 people to the greater beyond. Equally fresh on the memory is the ill-fated Sossoliso plane crash that consumed 108 persons reportedly mostly students of Abuja’s Loyola Jesuit College when it attempted landing at the Port Harcourt Airport.

Without mentioning the national loss of the June 2012 incident of a Dana aircraft that crashed, killing its 153 occupants; Nigeria has significantly suffered great hits –with some described as the worst occurrence in the history of aviation at both national and international level.

Aside air disasters that have so led to the termination of lives in the past; Nigeria has equally witnessed a handful of other lesser magnitude disasters, especially in recent times, which merely stirred up conversations where authorities basically promised to commence investigations into possible causes.

Vice President Yemi Osinbajo life was on the line recently when his helicopter crashed-landed in Kogi on the 2nd of February, 2019.

On the 22nd of June, 2019, Air Peace flight P47291 overshot the runway at the Port Harcourt International Airport, Omagwa in River state.

On the 19th of July, 2019, a stowaway who claimed intending to travel to Ghana was found on Azman Air flight. The incident was greeted with fear as passengers disembarked.

There is an underlying fear that if proper measures are not put in place, and efficient reforms are not made; the country can only stand a risk of witnessing planes dropping from the sky.

For many, flying has been the solace since the road networks are bad and government has failed to provide comparatively competitive alternatives.

With billions of Naira going into the sector from the annual budget, and billions being made from revenue year-on-year, a top notch service from the aviation sector is not too much to ask for from a responsible government in charge of Africa’s largest economy.

It would be recalled that in March 2019, Managing Director, Federal Airports Authority of Nigeria (FAAN), Mr. Saleh Dunoma, went before the House of Representatives Committee on Aviation in Abuja, proposing N101.67 billion for the 2019 budget.

Aside confirming that the proposed figure is a 14.5 per cent increment against the 2018 N88.8 billion, Saleh Dunoma noted that this increase is coming as a result of the projected rise that is expected in passenger traffic.

If the country cannot afford safe trips to and fro, the discussion table to engage foreign investors especially is broken. How well this will sharply affect our Direct Foreign Investments (DFI) and portfolios becomes an economic concern.

What the government must do is to be swift enough to limit possibilities of disaster occurrences while staying afloat and prompt in addressing other forgivable unavoidable, unforeseen circumstances. 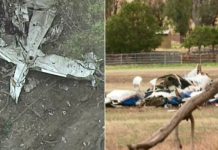