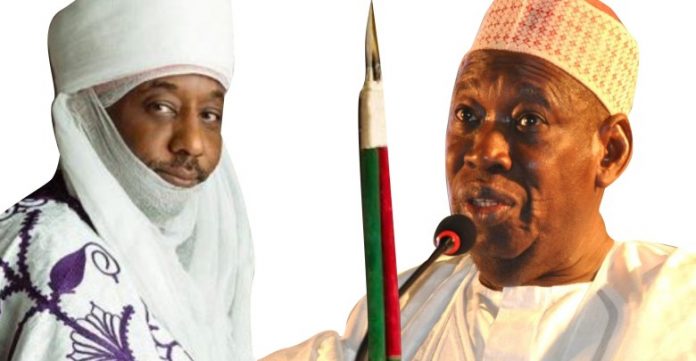 Elders from the North under the aegis of the Northern Elders Forum (NEF), say President Muhammadu Buhari’s seemingly unconcerned attitude over the raging feud between the Governor of Kano state, Abdullahi Ganduje and the Emir of Kano, Muhammadu Sanusi, was quite unfortunate.

The group which made the claim in an interview with the British Broadcasting Corporation (BBC) Hausa Service monitored in Kaduna on Tuesday also noted that the President’s alleged remarks that his interference in such disagreement had a constitutional limitation, was not reliable.

Spokesperson of NEF, Dr. Hakeem Baba Ahmed who was responding to questions during the interview observed that there were several ways of resolving the dispute but for President Buhari to be seemingly unconcerned over the matter was unfortunate.

Ahmed said; “We as elders from the North were the first to be in Kano so as to find ways of resolving the matter. While we were there, we suddenly heard that the President had set up his committee on the matter. We had gone far in this matter, but to our knowledge, the President’s committee had not started work.

When asked whether they had tried to advise the President over the crisis, Dr.Baba Ahmed said it was not possible because even the committee set up by the President was, allegedly snubbed by Buhari.

“He said he would not talk over the matter citing the constitution “, the spokesman alleged.