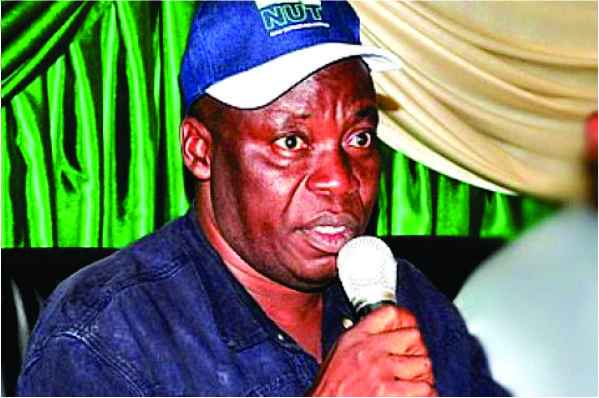 The Nigeria Union of Teachers [NUT] has called on the House of Representatives to look into the affairs of private schools in view to purging it of unholy labour practices.

This call was made by the NUT president, Mr. Micheal Alogba Olukoya in Abuja during the association National Solemn Assembly, to guide the President, Mohammadu Buhari in his recruitment of teachers in the 2016 recruitment exercise.

Alogba Olukoya said, “The House of Representatives should picket private schools which don’t pay minimum wage and do not respect our labour laws, be they locally owned or owned by foreigners. The way they treat graduates in private schools is very disappointing.

“There is no future, no stability, no salaries, and pensions in many of these schools. You cannot even question the owners on something that should ordinarily be an interaction. We cannot just sit down here and believe that things are working well. We say enough of this modern day slavery in our private schools.

The NUT boss, while urging the government not to politicize the recruitment of teachers, also warned the government against employing quarks as teachers in the planned exercise.

“We don’t want to engage government on other issues, but as an advice, we want the government of President Muhammadu Buhari who has zero tolerance for corruption not to allow politicians to hijack the recruitment service to compensate their political cronies. What I am saying is that engineers, architects, lawyers and doctors can’t make good teachers in our classrooms.”