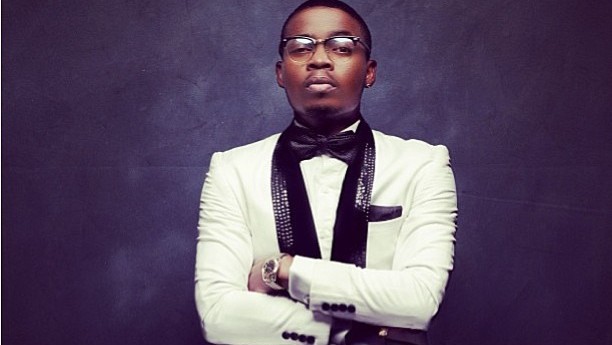 Less than four weeks ago, Olamide announced that the fourth edition of his annual live concert (OLIC) will be holding at the Teslim Balogun Stadium in Lagos. Three preceding editions of the concert held in the 6,000 capacity Eko Hotels convention centre in Victoria Island, Lagos. Not only did Olamide move it to a bigger venue (a 24,000 capacity stadium is no joke), he took the event to the mainland which interprets high-security challenges. For a fact, there was a need for a bigger venue as the Eko hotels venue never contained the multitude who show up for the event.

While he didn’t exactly fill up the 24,000 capacity Teslim Balogun Stadium to capacity, here’s why #OLIC4 was a huge success.

Upon announcing Teslim Balogun Stadium as the venue for the 2017 edition of the concert, fans began to express their fears in regards to a possible case of insufficient security. Of a truth, lack of security has been a major challenge when it comes to stadium events in Nigeria. Sexual harassment/assault against women and theft are some of the common crimes perpetrated against concert goers. One has to however, commend Olamide for making security a top priority. It seemed as though every security body in Lagos were assigned to the event venue.

From both entrances of the stadium, heavily built security agents were there to ensure that tickets sales and accreditation were carried out in an orderly manner. That is even little compared to what was seen inside the venue. Heavily armed and unarmed security operatives were positioned strategically inside the stadium – one gathered that there were non-uniformed agents disguised as attendees to carry out undercover security duties. Worthy to note, there was also a security helicopter on patrol at about 2 pm to ensure that everything was under control.

As at the time of publishing this post, no case of robbery or sexual harassment from #OLIC4 has been reported! That’s not a small achievement.

Attendees were provided with freebies!

No one envisaged that there would be Santa Claus at #OLIC4. Courtesy of his partners, free drinks and eatables were made available -not only to VIP guests but to regular ticket holders as well. We had cupcakes, cocktails, soft drinks, energy drinks and small chops (every Nigerians delight).

The performances were LIT!

Nearly every artiste that mounted the stage didn’t fail to deliver. With an early performance by Small Doctor at about 3 pm, one deduced it was going to be a wild show. There was a quick throwback moment as we were treated to performances by music stars from our childhood – Baba Fryo, Daddy Showkey, Marvellous Benjy and Olu Maintain who got everyone excited with his 2007 hit ‘Yahoozee’.

Every single dance move from Shaku Shaku, Shoki, Alanta, Galala, Shakiti Bobo to One Corner were displayed by the excited audience.

At about 8 pm, Olamide mounted the stage and performed songs from his discography of numerous hits. Phyno soon joined him on stage and they both gave live renditions of; Augment and Fada Fada. Not long after that, Olamide performed the song that everyone had been waiting for. As soon as WO came on, everyone went into craze mode.

Baddo never proposed to fill up Teslim Balogun Stadium. He wanted a venue that would accommodate his ever-growing fandom and indeed, Eko Hotel wouldn’t have contained the number of people who were present at the stadium on Sunday. The fans came prepared to have a good time and Olamide provided them with a venue that allowed them to express their excitement without concerns of hitting somebody or breaking an Eko Hotels seat.

OLIC was a massive success.

Share this on WhatsApp
Related Topics:#OLIC4Live ConcertOlamideTeslim Balogun Stadium
Up Next