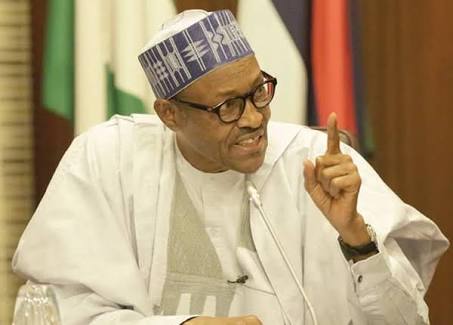 One wonders where the human side of Buhari resides, is it in his arbitrary use of power? Python Dance in the East; Dead silence over the cattle herdsmen heinous crimes against innocent Nigerians and his provision of protection for them; Selective persecution of opponents, Defiance of Court Orders, Ikoyi Tower billion dollar theft by APC, Endemic corruption within the NNPC, yet he is the Petroleum minister; Killing of innocent Christians by Fulani jihadist over which he kept silent in collaboration with his security agents; Three months of medical sojourn in the UK and wasted our scarce resources on financial demurrage for the packing of Presidential jet; his “I don’t bloody care” attitude to the SARS and EFCC constant violation with impunity and recklessness of the rights of Nigerians, Corrupt members of his clueless cabinet without prosecution; or in his “any attack on Boko Haram is an attack on the North”.

So tell me in which of these limbs is Buhari’s human side residing? It would have been better that they allow the sleeping dog to lie on its bed, for if Buhari ever has a human side, such character would easily have manifested itself without a documentary as much as his Evil and bigotry side showed itself to Nigerians without any documentary.

The broadcast shows that even his supporters are fed up with his wickedness and are tired of trying to accommodate his barrenness or make him reform himself; they can no longer bear his evil mind but because they too cannot change him, they have decided to do a documentary of his absent human side. At the end anyway, soldiers come, soldiers go.

The perpetrators of today’s evil will answer for them tomorrow. They must pay for the blood of the innocent souls wantonly killed under this government as the evil side will tear itself face to them or the Python Dance will be re-staged at the appropriate time.

Not Ronaldo, not Messi, not Pele but President George Weah: Mirror, mirror, who’s got the fairest CV of them all?

Buhari says 2018 will be more prosperous