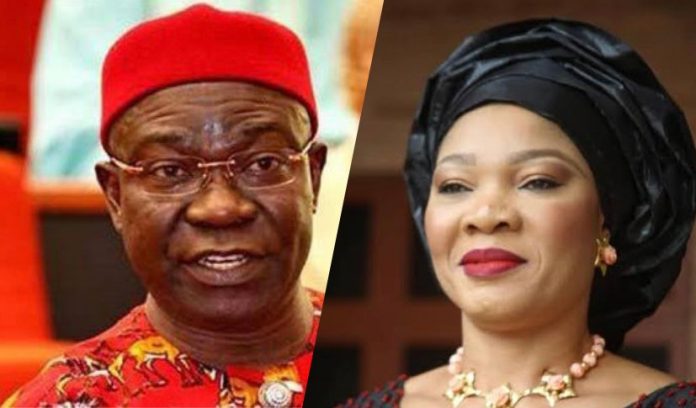 Share this on WhatsApp
Spread the love
Passport of the young man who former deputy senate President, Ike Ekweremadu and his wife, Beatrice took to the UK to “donate a kidney to their sick daughter”, has been shared online.
National Daily reported earlier that Ike Ekweremadu, and his wife, Beatrice, were arraigned in a UK court over allegations of human trafficking/organ harvesting. It was also reported earlier that the boy had claimed that he is 15-years-old when questioned by a doctor at the hospital where the transplant was scheduled to hold.
However, the data page of the international passport bearing David Ukpo Nwamini, the same name in which Ekweremadu provided an introductory letter in the medical visa application submitted to the British High Commission in Abuja, the nation’s capital, showed that he is 21-years-old.
AIT reported that the date of issuance of the passport is indicated as November 4, 2021 while his date of birth is October 12, 2000. It was also noted that under British law, being above 18 is not enough.
The question of consent is another burden the Ekweremadus will have to discharge.