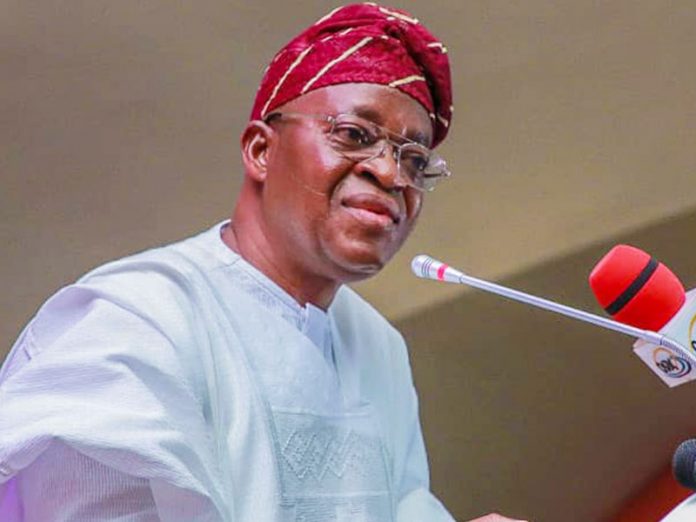 Featuring on the News Agency of Nigeria, NAN, Forum, Oyetola provided an alternative.

According to him, economic restructuring for more economic and political powers to get to state governments is better than a total breakup of the country.

“To me, restructuring does not mean that people should separate. Whoever is thinking along that line is not serious.”

Prof Banji Akintoye, founder of the Ilana Omo Oodua, and his lieutenant, now in jail, Sunday Adeyemo, are campaigning for Oodua Nation in the southwest while Nnamdi Kanu nd his outlawed IPOB are agitating violently for Biafra.

But the Osun governor said Nigeria has come a long way.

“It is togetherness that can make us get to where we are supposed to be within the space in the world,” he said.

The Governor said states should push for devolution of powers rather than subscribing to the agitation for secession.

“I believe in devolution of power to the states, let the states have more power to do most of the things they have been doing.

“Give the states more support, and I believe we should look at the issue of revenue allocation. We should allow the states to have more funds to develop some of the things they have,” Oyetola said.