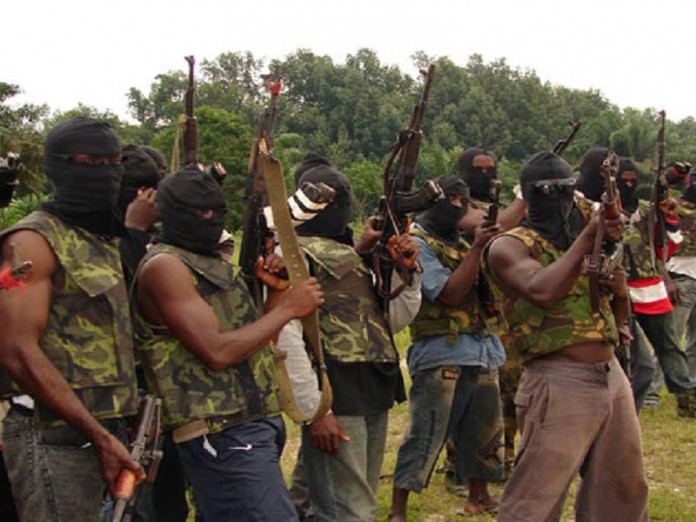 PRESIDENT Muhammadu Buhari has seemingly been thrown into a state of confusion in tackling the violent uprising of the Niger Delta Avengers in the south-south. In spite of the provocations from the youths restiveness, essentially, the ripple effect of dwindling revenue from crude oil and the subsequent economic recession, the President appears to be at crossroads in the use of maximum force to contain the militancy in the sub-region.

As the “Operation Moses” put together by the Movement for the Emancipation of Niger Delta’s Aaron Team 2 in conjunction with the federal government begins Monday, and will end Friday, there is no apparent let-up yet in the on-going militancy in the Niger Delta.

President Muhammadu Buhari once confessed he was at a loss on how to go about resolving the Niger Delta militancy that has reduced oil production by 300,000 barrels daily.

He must be a more confused man by now that his options are somewhat limited. To start with, restructuring Nigeria at this moment is not his government’s priorityand not his party either.

“Nothing is wrong with the idea,” APC’s Chairman John Odigie-Oyegun said after former V.P Atiku Abubakar stoke the issue of restructuring Nigeria in July.

“But at this time…to bring this additional issue (restructuring) is not the wisest thing for a nation that is struggling to stabilise. It is not wise to go into an unnecessary diversion at this point,” he said.

“And with what is happening in the Niger Delta you can see that there is so much to do. We must get our priority right some day we will come to that.”

Buhari’s military optionthe Operation Crocodile Tearsis supposed to launch as soon as the Aaron Team 2 peace campaign fails to rein back the NDA and other groups destroying oil assets in the region.

But many political watchers believe international influence and other considerations may hold the president back from using maximum force like he did to the Boko Haram terrorists in the northeast.

The international community is advising caution because the north-eastern experience is different from the agitation of the oil producing region in the south-south and some parts of the southeast.

“The idea that your answer is by moving big chunks of the Nigerian army to the Delta simply doesn’t work,” British Foreign Minister Phillip Hammond said recently in Abuja during a regional security meeting, adding that such option won’t deal with the underlying issues.

“Buhari has got to show, as a president from the north, that he is not ignoring the Delta; that he is engaging with the challenges in the Delta.”

While many expect U.S. Secretary of States John Kerry to talk about the Niger Delta unrest during his second visit to Nigeria Tuesday, the American foreign policy handler will only visit Sokoto and Abuja.

“Kerry will meet with President Muhammadu Buhari to discuss counter terrorism efforts, the Nigerian economy, the fight against corruption and human rights issues,” a release from the American embassy explained.

Although the U.S. has yet to take a position on the proposed military action, it is very likely, because of its global commitment to human rights, America will favour dialogue and other forms of engagement.

The Ijaw National Conference, the Ijaw Youth Conference, and stakeholders across the region have also been pointing out how counter-productive the use of state might will be in the matter.

“We believe that this will not bring a lasting solution to this complex problem,” said the INC recently. “We appeal to the federal government to urgently enter into dialogue with stakeholders in the region in a bid to safeguard the interest of the nation.”

Apart from the MEND-coordinated dialogue, there are no engagements between the federal government and the militants that assure Nigerians there will not be use of force ultimately.

Even the effort former President Goodluck Jonathan claims he is making alongside Ijaw leader Edwin Clarke and others might soon hit a brick wall.

Jonathan and his wife last week came under probe following the claim of the Reformed Niger Delta Avengers, a break-away faction of the militants claiming Jonathan, and others in his government, including Kingsley Kuku, ex-adviser on the Amnesty Programme, ex-Governor Akpabio, Olisa Metuh, former PDP’s spokesperson, sponsored the NDA last year.

According to Cynthia Whyte, RNDA ghost spokesman, the NDA was formed to counter the Movement for the Emancipation of the Niger Delta (MEND) that had endorsed candidate Buhari for the 2015 presidential race. And when Jonathan lost at the poll, and conceded defeat, the group decided to make Nigeria ungovernable for the APC government.

Jonathan and the IYC have been denying the report, though, blaming the Niger Delta politicians and office holders in the current government as responsible for the indicting report.

Sources from the intelligence community said Buhari has not specifically ordered investigation into the RNDA claimbut he doesn’t have to do thatand he cannot stop it either.

And there are media reports now attributed to security agencies having intelligence on how Jonathan was actually involved in the founding of the militant group.

Analysts have been of the opinion Buhari, all along, has been sparing his predecessor, who conceded defeat without putting up a fight, for whatever offence he might have committed while in office, including the $2.1 billion meant for arms fund his government squandered on the PDP campaign last year.

But the latest revelation might be a difficult call for the president to make. Sparing Jonathan, if he was truly part of the conspiracy, will cast the Buhari administration in bad lightas condoning impunity.

Punishing the ex-president won’t be easy either. The militants, many believe, will certainly cash in on that to intensify their vandalism, thereby provoking the military clampdown Buhari has been trying to avoid.