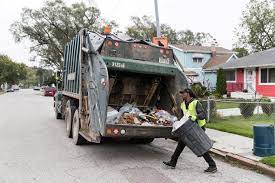 Rivers State Waste Management Agency (RIWAMA) has expressed concern over possible build – up of waste following truncated operations of contractors by protesters on Eleme/Onne axis of the East/West Road.

Mr Felix Obuah, sole administrator of the Agency, made this known in a press statement on Tuesday in Port Harcourt, signed by Mr Jerry Nedaam, his media aide.

Vehicular movements were on Monday obstructed by a group of youths from Eleme local government area in a peaceful protest.

The action was to seek for the Federal Government’s intervention on the economically essential federal road.

Obuah said because of blockage of roads by the youths, most trucks on refuse evacuation duties were demobilised on their way from dump sites in Eleme local government area.

He called for co-operation from members of the public over possible impact of such delay on the environment and residents in affected areas.

Obuah said that some trucks heading for the dump sites could not continue with their duties as they were delayed for several hours.

“We look forward to a quick intervention by relevant authorities to end the protest soon.

“However, the Agency will not relent in seeking modalities to carry out its duties within the ambit of the law and ensuring that wastes are not allowed to accumulate on account of the ongoing protest.

“As soon as logistics are concluded, more vehicles will be mobilised to help evacuate accumulated wastes in and around affected areas,” he explained in the statement.

The RIWAMA head also promised that the Agency would continue to prioritize environmental sanitation as authorized by Gov. Wike led administration.

The deplorable Eleme-Onne road, aside connecting communities within the state, adjoined neighbouring Akwa-Ibom State as well as the Eleme Petrochemical industry, Indorama, and Onne sea port.